You Don't Have Free Will, Jerry Coyne, University of Chicago 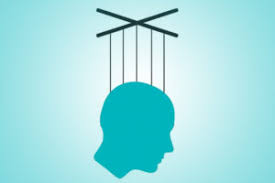 Jerry Coyne is Professor Emeritus in the Department of Ecology and Evolution at the University of Chicago. His scientific work is on the genetics of species formation, the problem raised and discussed (but not solved) by Darwin in On the Origin of Species. Besides 120 scientific papers, Coyne has written a scholarly book about his research area (Speciation, 2004) and two popular books, Why Evolution is True 2009; a New York Times bestseller) and Faith versus Fact: Why Science and Religion are Incompatible (2015).

Coyne has also written over 160 popular articles and book reviews in places like The New York Times, The Washington Post, The New Republic, The Times Literary Supplement, The Guardian, Slate, and The Nation. He is an elected member of the American Academy of Arts and Sciences and a recipient of the 2011 “Emperor Has No Clothes” Award from the Freedom from Religion Foundation as well as the 2015 Richard Dawkins Award for activities in promoting the acceptance of evolution. His blog, Why Evolution is True, has over 60,000 subscribers and discusses not only the latest research in evolutionary biology, but also a variety of unrelated and diverse issues, including philosophy, politics, food, and cats.

His talk, “You Don’t Have Free Will,” explores a contentious and timely topic that sits at the juncture of neuroscience, psychology, and philosophy. Contending that human behavior is governed completely by the laws of physics, Coyne will discuss various definitions of free will, describe experiments that demonstrate that there is no such thing as “will” independent of physical law, dispel some of the misconceptions about free will and determinism, and discuss the important implications that a purely naturalistic view of human behavior has for reforming society and our own behavior. This event is sponsored by the Biology Department, the Science and Technology Studies Program, and Phi Beta Kappa.