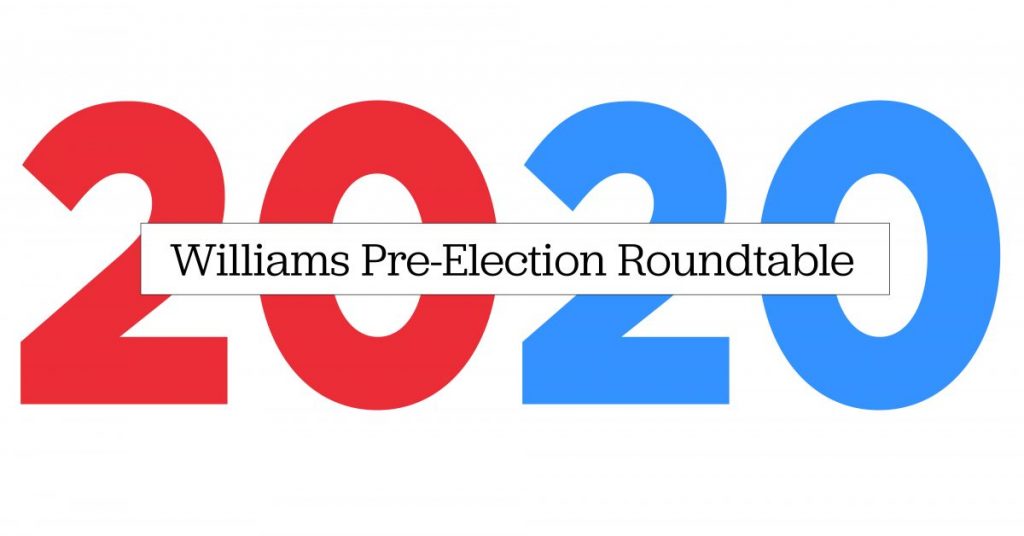 Jeff Israel has been at Williams since 2013. His scholarship focuses on modern Jewish thought and political ethics. He is the author of Living with Hate in American Politics and Religion published by Columbia University Press in 2019.

James McAllister has been at Williams since 1997. His scholarship focuses on issues of American foreign policy, international relations, and the history of the Cold War. His book on Harry Garfield and the Williamstown Institute of Politics will be published by Cornell University Press in 2021.

Tara Watson has been at Williams since 2004. Her scholarship focuses on U.S. social policy including health, the safety net, and immigration enforcement. While at Williams, she has taken leaves as a Robert Wood Johnson Scholar in Health Policy Research at the University of Michigan, a visiting researcher at the Federal Reserve Bank of Boston, and a Nathan fellow at the Rockefeller Institute in Albany. In addition, she served as Deputy Assistant Secretary for Microeconomic Analysis in the Treasury Department in 2015-16.

María Elena Cepeda has been at Williams since 2005. She researches and teaches on the intersection of gender and race in media and popular culture, language politics, and Media Studies methodologies. Cepeda is the author of Musical ImagiNation: U.S.– Colombian Identity and the “Latin Music Boom,” and co-editor of The Routledge Companion to Latina/o Media.

Ngoni Munemo has been at Williams since 2007. His scholarship focuses on institutional choice and durability in post-reform Africa and higher education reform in South Africa. He is author of Domestic Politics and Drought Relief in Africa: Explaining Choices and several articles on African politics, social protection, and political polarization.