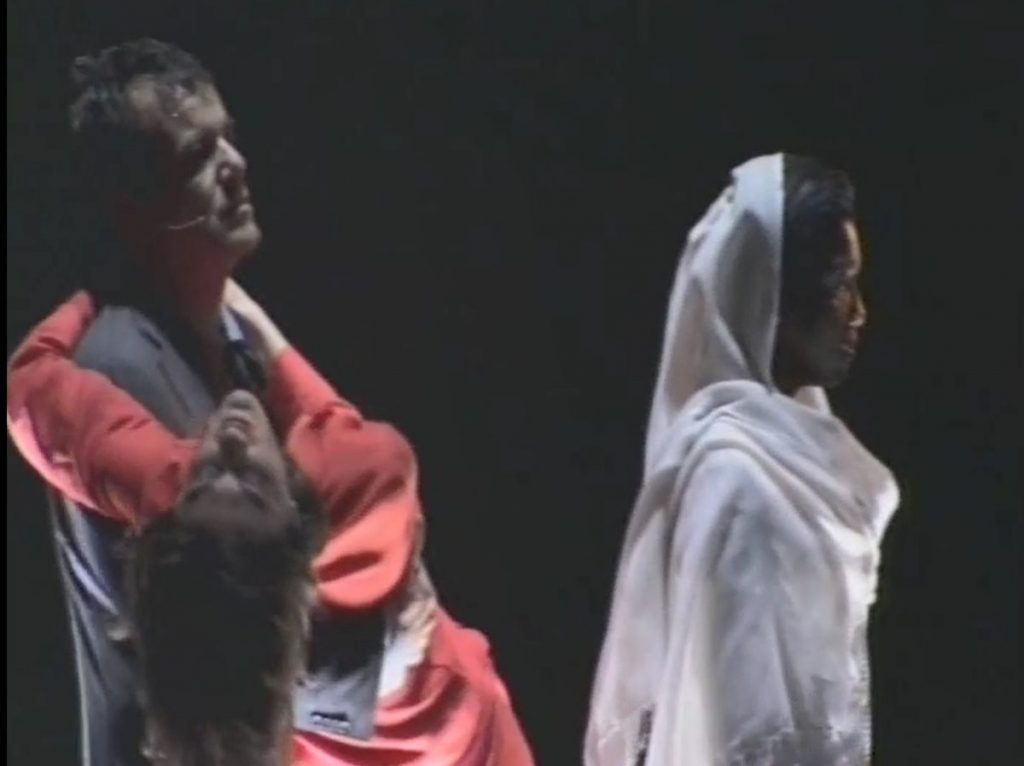 Allusion, quotation, and collage are hallmarks of postmodern music, particularly so in the case of contemporary opera as the operatic past is overwhelmingly present.  Musical allusion may aim to draw on the prestige of the source or to offer the audience familiar material imbedded within an unfamiliar style.  It may assert mastery over the musical past, even undermining it through ironic re-contextualization.  Furthermore, the genre’s interdisciplinary nature allows for intricate forms of allusion, as characters, dramatic situations, settings, and lines of text may be shaped to recall earlier works, thereby spinning webs of intertextual meaning through allusion and richly rewarding interpretive pursuits.

Drawing on the work of Christopher Reynolds and Peter Burkholder, I argue that the pervasive presence of allusion and borrowing in postmodern opera reveals a range of motives that have, in turn, shaped audience expectations.  Three examples, accompanied by brief audio clips, will illustrate approaches to and uses of allusion in contemporary opera.  John Adams makes multiple allusions to Wagner and Stravinsky in Nixon in China (1987), typically for the purposes of characterization.  The omnivorous stylistic allusion in Andriessen’s 2008 “film opera” La Commedia deflects, through ironic juxtaposition, attention from the otherwise tragic affect of this work.  Sudden appearances of unexpected styles and distortions of works by Ravel and Bach in Adès’s 2016 The Exterminating Angel result in a musical equivalent to this opera’s dramatic and visual surrealism.

What is the impact of pervasive allusion on the operatic audience?  The Latin root of “allusion” points to a ludic energy at play.  What role does an audience member assume in these games of musical allusion and what constitutes a successful match?  Allusion to earlier works offers select audience members both a sense of intellectual gratification and reassurance through resemblance.  However, this allusive play may adversely shape the operatic experience by conditioning such listeners to approach new works primarily in relation to the past.  Conversely, allusion may potentially alienate those in the audience for whom the references remain elusive.  By repeatedly turning to the past through allusion, contemporary opera composers may inadvertently suggest that the genre is all played out.