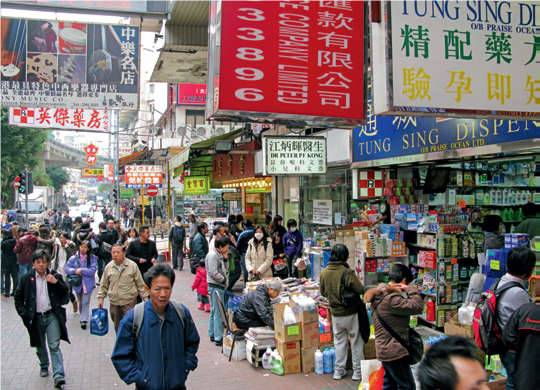 With examples from the linguistic reality in Hong Kong, the speaker will present facts and interpretations related to the use of languages in Hong Kong, focusing on the following questions:

Dr. Weiping Wu obtained his Ph.D. in Linguistics from Georgetown University and served as a Research Associate and Director of the Chinese Language Testing Program at the Center for Applied Linguistics in Washington, D.C. before moving to Hong Kong in 1999. Over the years, he has taught various language and linguistics courses at universities in the U.S., Hong Kong, and Mainland China, while being actively engaged in applied research related to teaching Chinese as a Second Language (CSL).

Among his contributions to the field is the founding of the CSL Teaching and Research Society (CSLTARS, registered in Hong Kong), the publication of many journal articles, and the development of a proficiency assessment tool for Putonghua (Mandarin) and Cantonese learners from the perspective of language use (as opposed to language knowledge). He has been Director of the Yale-China Chinese Language Center at the Chinese University of Hong Kong for the past twenty years and was appointed guest professor at five universities in China. He also served as the editor-in-chief of the academic series Linguistics and CSL Teaching and Learning (volumes 1 to 9).