The Two Souths of '68: Remembering Revolution in These Hard Times 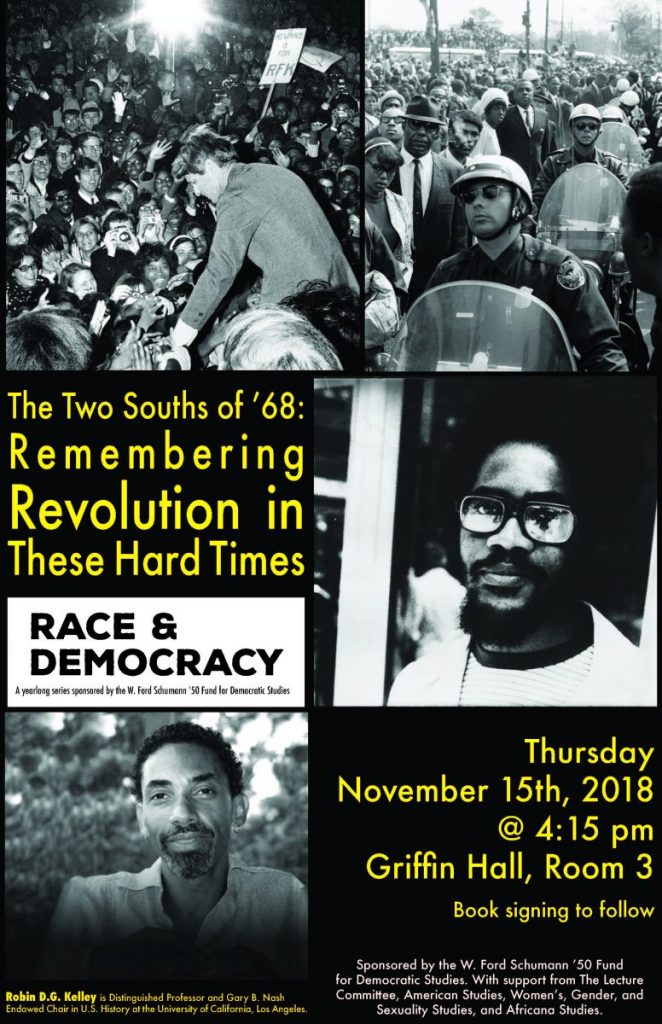 Robin D.G. Kelley is Distinguished Professor and Gary B. Nash Endowed Chair in U.S. History at the University of California, Los Angeles.

In considering the two Souths (U.S. and Global South), Kelley will seek explain how we got to where we are now, what we lost with the 68 generation, and the defeat of revolutionary insurgencies. Where we go from here –  especially among people who think that Democrats winning the House IS revolution.  He will challenge the narrative that the “movement” shifted from the South to the North around 1965, since the Southern question was resolved. Radical revolutionary movement, often nationalist, often armed, often focused on land, bread, justice and freedom, was erupting in places like Mississippi and Louisiana and looked similar to what was happening in Latin America, Jamaica, Palestine, Mozambique, etc.  How were these movements defeated and what were the consequences of that defeat?

In his work, Robin Kelley explores the history of social movements in the U.S., the African Diaspora, and Africa, looking specifically at black intellectuals, music, and visual culture.  He is the author of Hammer and Hoe and Race Rebels; Yo’ Mama’s DisFunktional: Fighting the Culture Wars in Urban America; Freedom Dreams: The Black Radical Imagination; Thelonious Monk: The Life and Times of an American Original, and Africa Speaks, America Answers!: Modern Jazz in Revolutionary Times.

This event is part of the yearlong series on Race and Democracy sponsored by the W. Ford Schumann ’50 Program in Democratic Studies. With support from the Lecture Committee, American Studies and Women’s, Gender, and Sexual Studies, and Africana Studies.