The Rasta’s Seduction: Dance and the Politics of Blackness in Post-Independence Jamaica 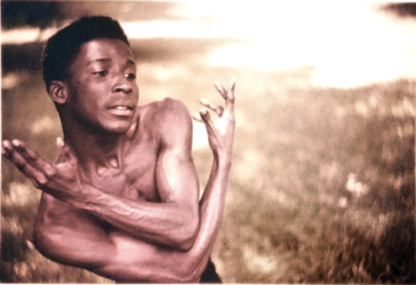 In the early 1960s, as Jamaica transitioned from a British Colony to an independent nation, political leaders grappled with how to create “authentic” representations of the country’s African cultural heritage to reflect Jamaica’s majority black populace. This talk seeks to historicize the makings, meanings, and political negotiations behind early nationalist dance in Jamaica, through an analysis of the repertoire of the National Dance Theatre Company of Jamaica (NDTC). The lecture focuses on “Two Drums for Babylon,” the first ballet that sought to integrate the Rastafari and their radical demands for repatriation to Africa into the island’s official story of race and nation.

This event is hosted by the Dance Department and is supported by Africana Studies, the History Department, and the Schumann Fund.

Amanda Reid (Williams class of 2012) is a Doctoral Candidate in History at the University of Michigan. Her research on the history of dance in Jamaica and transnational networks of artistic influence and exchange brings into dialogue Caribbean identity formation, black internationalism, and independence movements of the mid-twentieth century.
Location: Hopkins 002