The Green Room with Zishan Ugurlu, "This is Not a Game Anymore" 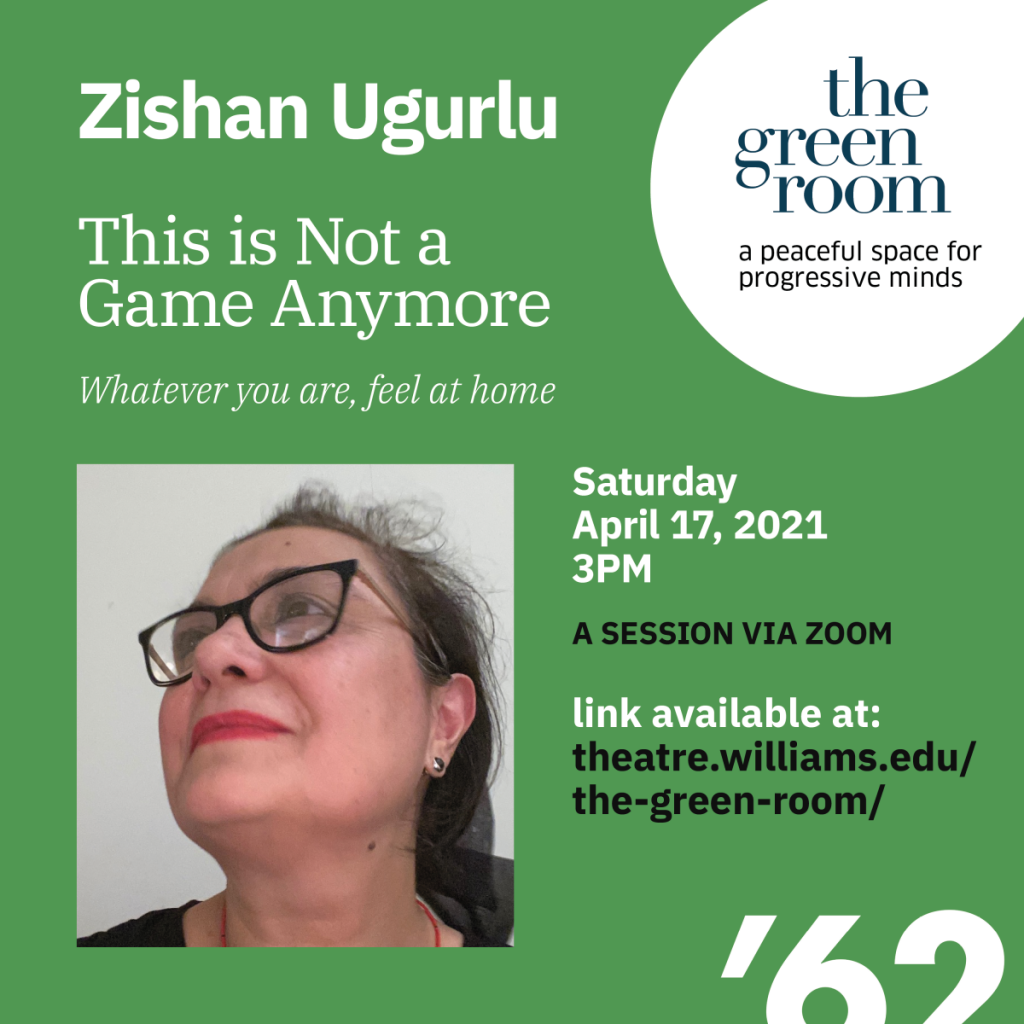 Zishan Ugurlu is an actress and director-in-residence at La MaMa Theater where she has performed in numerous productions. She is the founding artistic director of “Actors without Borders-ITONY.” Recent productions include Fragments, Lists & Lacunae by Alexandra Chasin, featuring philosopher Judith Butler, Franca Rame Project by Dario Fo & Franca Rame, Dream American by Yu Ling Wu which was awarded best direction by The United Solo Festival. She graduated from Columbia University with an MFA and holds a Ph.D. She is an associate professor at The New School University. She received the 2020 International Gramsci Prize for Theater in Prison.