The Green Room with Zach Stafford, journalist at The Guardian and editor-in-chief of The Advocate. 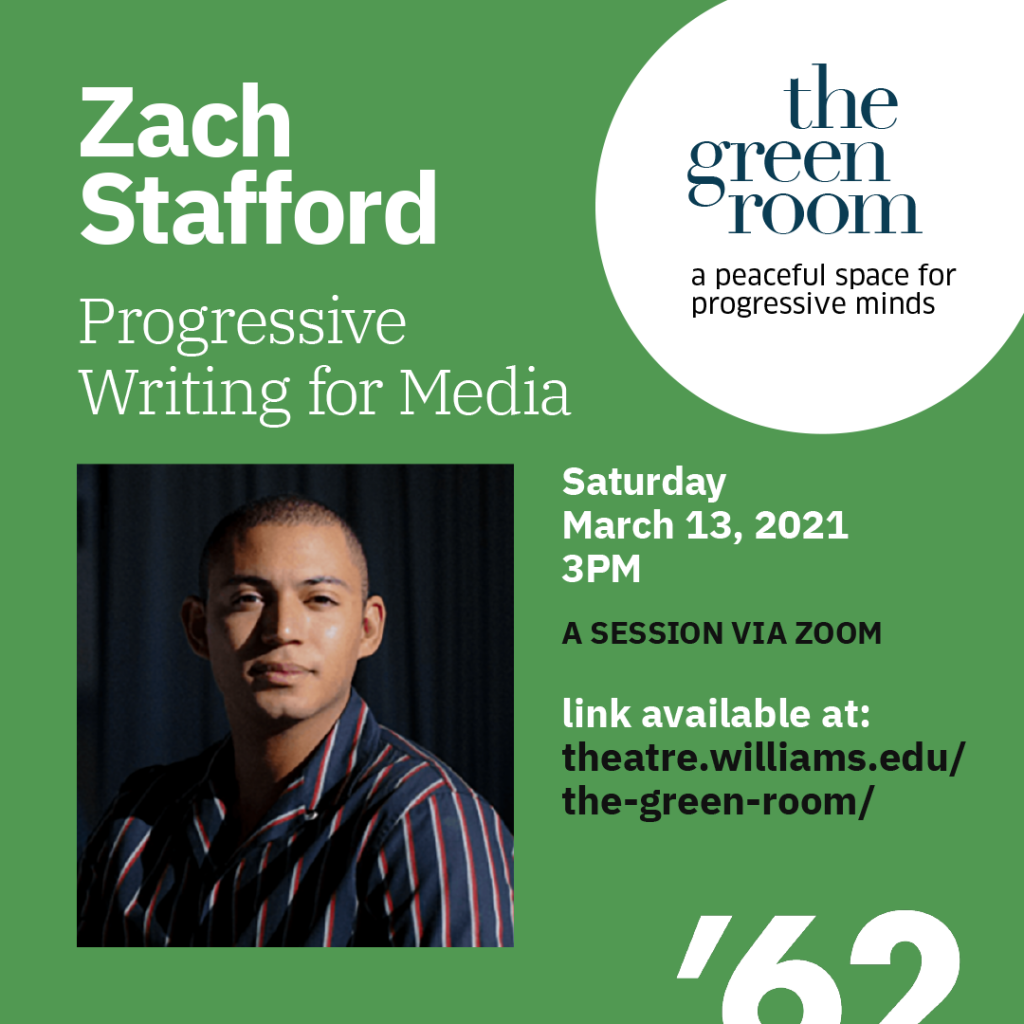 The series has been established by Omar Sangare,
Chair and Professor of Theatre.

Zach Stafford is the newly named editor-in-chief of The Advocate, the oldest continuously published LGBTQ periodical in the world.

Prior to this, he was the founding editor-in-chief of INTO, the LGBTQ digital magazine that quickly became one of the most-read queer outlets in the world and served as CCO of Grindr. He has worked as the editor-at-large of OUT Magazine and was an award-winning journalist at The Guardian, where he covered justice, violence, and social issues in both his column and long-form features. Stafford regularly provides commentary on radio and podcasts and has appeared on the BBC, CNN and The Daily Show with Trevor Noah. He the coeditor of the bestselling book Boys, An Anthology and the executive producer/host of the recent documentary BOYSTOWN. He was named Forbes 30 Under 30 in 2019.

This event was made possible, in part, thanks to
The Lecture Committee,The Gaudino Fund,
the W. Ford Schumann Class of ’50 Program in Democratic Studies,
and The Office of Institutional Diversity, Equity and Inclusion at Williams College.