The Green Room with Sharen Davis, two-time Oscar and Emmy-nominated Costume Designer for “Ray” and  "Dreamgirls" 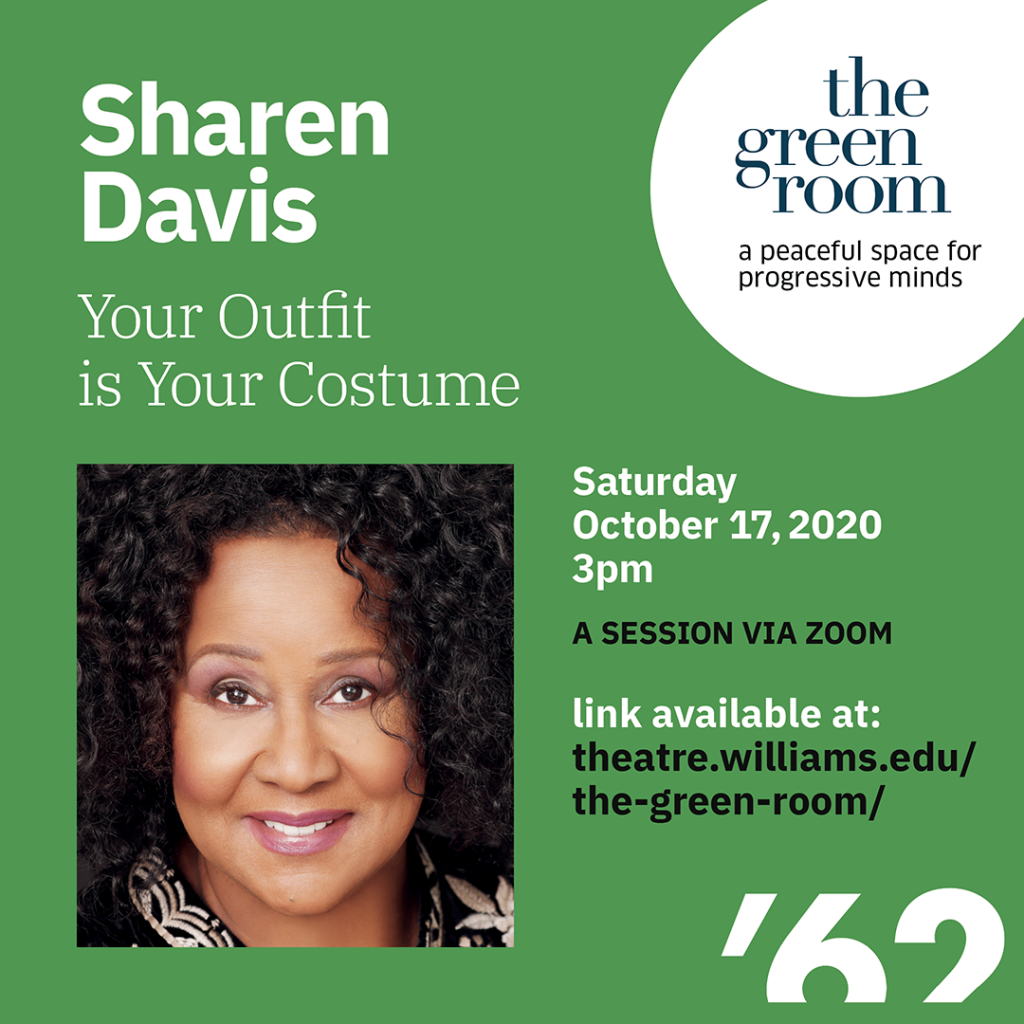 Sharen Davis is a two-time Academy Award and Emmy-nominated costume designer whose discerning eye for detail has created some of the most memorable costumes in film and television.

Other notable credits include: Devil in a Blue Dress; Get On Up; Akeelah and the Bee; Seven Pounds; The Book of Eli; Beauty Shop; Rush Hour; Doctor Dolittle; and more.

The series has been established by Omar Sangare, Chair and Professor of Theatre. This event was made possible, in part, thanks to the Lecture Committee and the Oakley Center for Humanities & Social Sciences.