The Green Room with Hill Harper: Actor and Author. NAACP Image Award for Outstanding Actor in a Drama Series 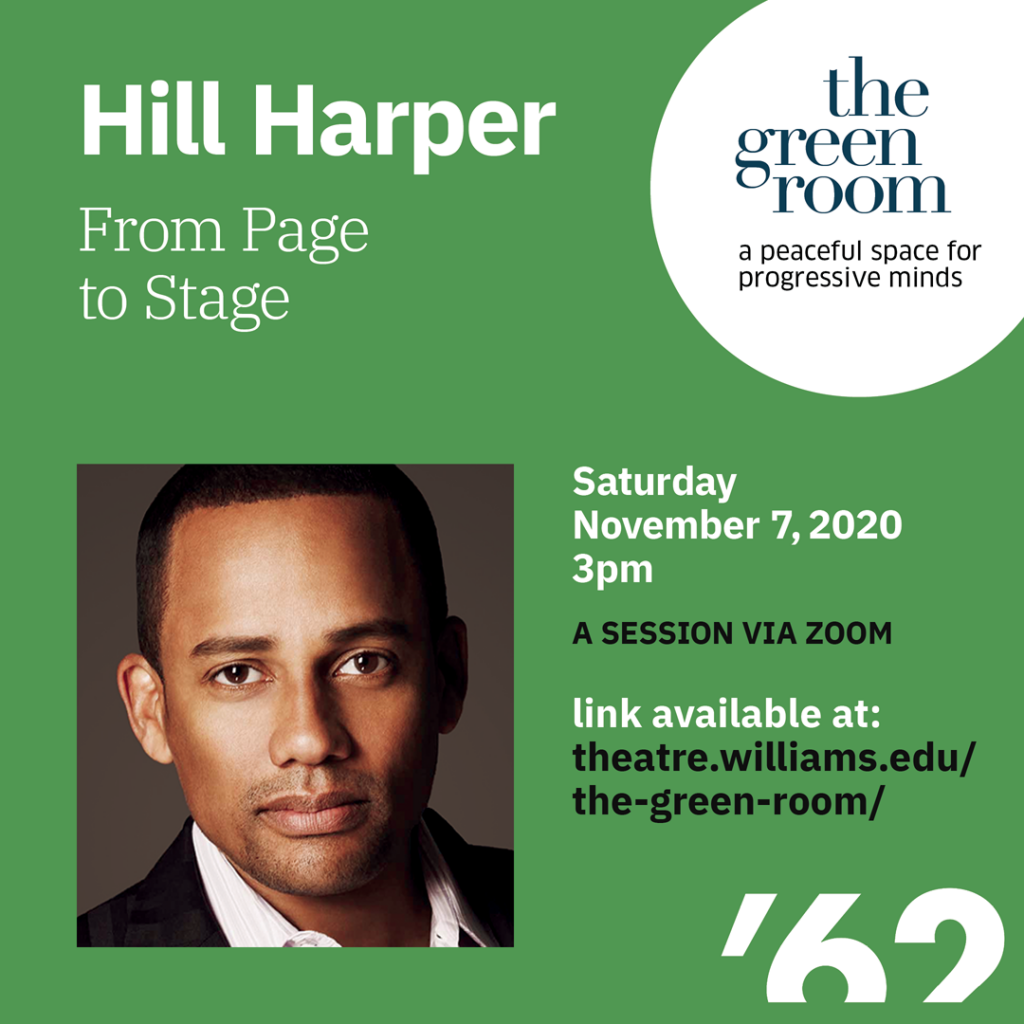 Currently starring on ABC’s hit drama “THE GOOD DOCTOR,” Hill Harper has been nominated for Best Lead Actor by the Independent Spirit Awards for the role he played in the film “THE VISIT” and he won the NAACP Image award three years in a row for Outstanding Actor in a Drama Series for his role on “CSI: NY.” He was previously on the big screen as Lester Barnes in “THE SUN IS ALSO A STAR” directed by Ry Russo-Young’s MGM / Warner Bros. Before that, Hill appeared opposite Will Smith in “CONCUSSION.” He costarred in the Tupac Shakur biopic “ALL EYES ON ME” and can also be seen in Tyler Perry’s film “FOR COLORED GIRLS.” Some of his many additional credits include “THE SKULLS,” “GET ON THE BUS,” “HE GOT GAME,” “LACKAWANNA BLUES,” and “THE SOPRANOS.” Hill recently recurred on Showtime’s “HOMELAND” and was a series regular to the cast of the hit USA show “COVERT AFFAIRS” and the CBS show “LIMITLESS.”

The series has been established by Omar Sangare, Chair and Professor of Theatre. This event was made possible, in part, thanks to the Lecture Committee and the Oakley Center for Humanities & Social Sciences.