The Green Room with Chris Chalk: TV, Film, and Theatre Actor; nominated for Drama Desk Award for Outstanding Featured Actor in a Play 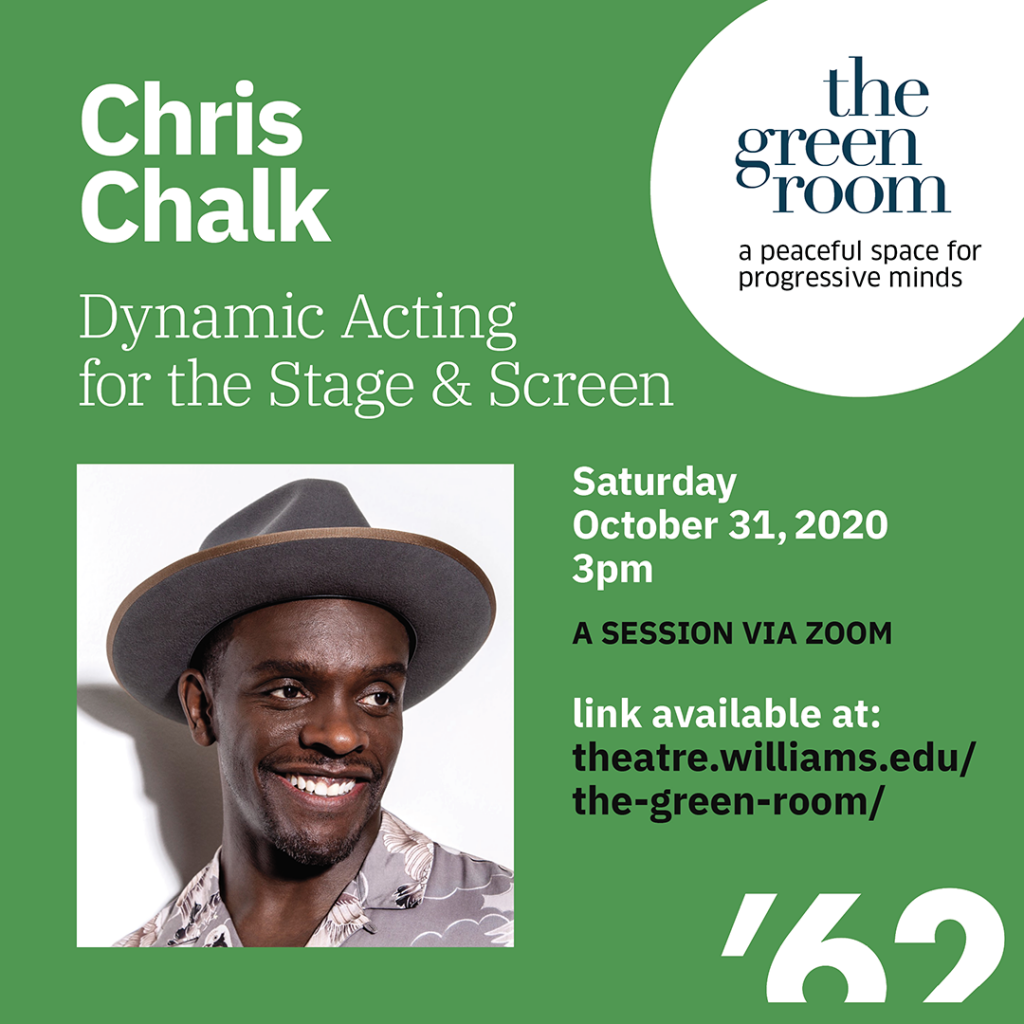 Chris Chalk is an American television, film, and theatre actor. Recently, he was seen in the role of Lucius Fox on Fox’s drama series, “Gotham,” which ended its fifth and final season. Last year, he had two projects released on Netflix. These included Ava Duvernay’s limited series, “When They See Us,” which came out in May, as well as Gideon Raff’s, “The Red Sea Diving Resort,” in which he stars opposite Haley Bennett, Chris Evans, and Ben Kingsley. Chris also plays the series regular role of Paul Drake in the upcoming HBO series, “Perry Mason,” which premiered June 21, 2020.

Previously, Chris starred in the memorable role of Officer Frank in Kathryn Bigelow’s, “DETROIT,” and opposite Aaron Paul in Zack Whedon’s independent film, “Come and Find Me.” He also starred opposite Viola Davis and Jennifer Lopez in, “Lila and Eve,” which premiered at the 2015 Sundance Film Festival with rave reviews. Prior to this, Chris co-starred in Steve McQueen’s, “12 Years a Slave,” opposite Michael Fassbender and Chiwetel Ejiofor.

In 2010, Chris received the Recognition for Outstanding Broadway Debut at the 66th Annual Theatre Awards and was awarded a Drama Desk Awards Best Featured Actor Nomination for his portrayal of Cory in August Wilson’s, “Fences.” Chris starred opposite Denzel Washington and Viola Davis in the Tony Award Winning Broadway show.

Previously, Chris starred in Focus Features’, “Being Flynn,” playing Ivan opposite Robert De Niro and Julianne Moore, and has appeared in a variety of films such as the hit film based on the Broadway musical “Rent,” “Before the Devil Knows You’re Dead,” “The Architect,” and “Then She Found Me.”

The series has been established by Omar Sangare, Chair and Professor of Theatre. This event was made possible, in part, thanks to the Lecture Committee.