"Confessions of a Mulatto Love Child" by Bellina Logan 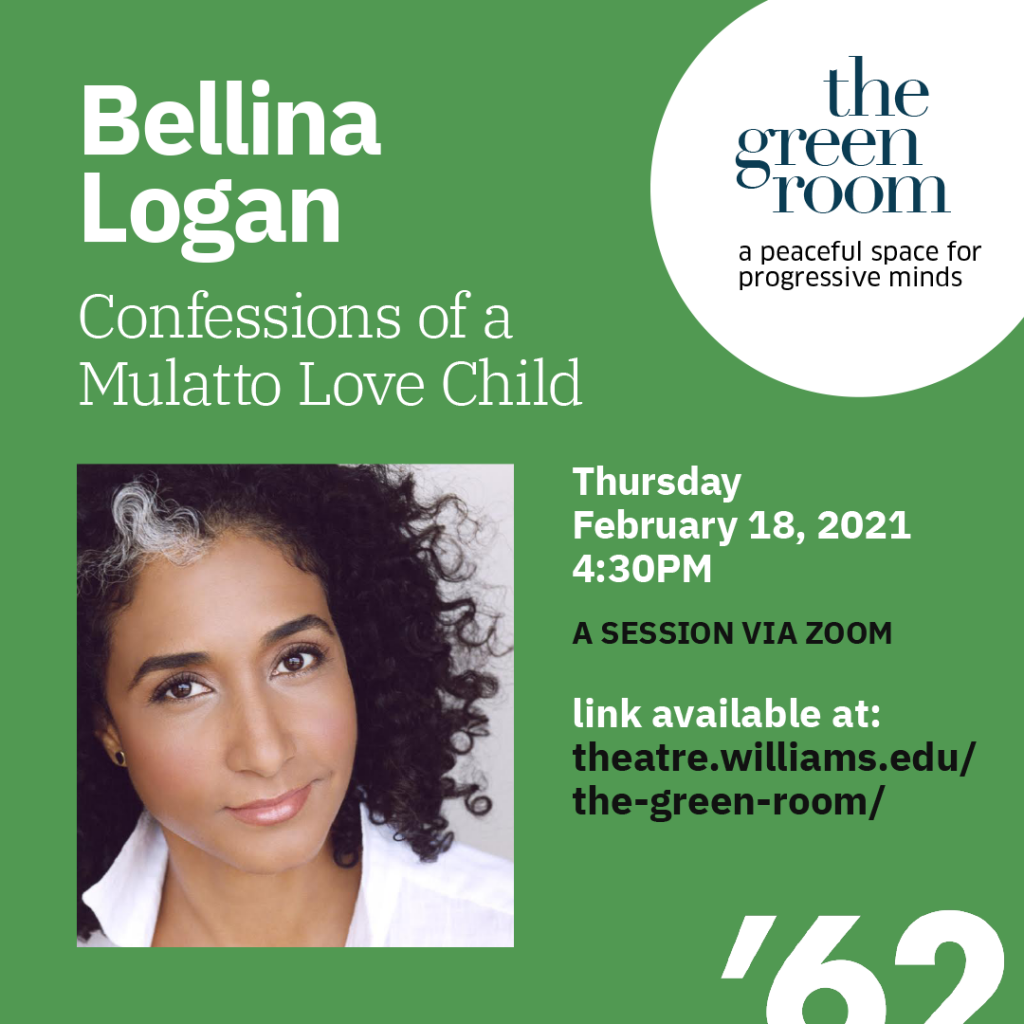 Bellina Logan is a 25-year stage and screen veteran. She debuted Confessions of a Mulatto Love Child in the 2017 Hollywood Fringe Theater Festival and has enjoyed performing it on and off for the last three years in various theatre festivals. She returned to New York in the fall of 2019 to perform in New York’s United Solo Theater Festival for their Tenth Anniversary ‘Best Of’ selection. Bellina was honored to be the 2018 winner for Best Actress in the same Festival. And, Bellina has most recently been honored as a nominee for her show and performance for United Solo’s Special Award for 2020. She has appeared at The Public Theatre, Playwright’s Horizons and The New York Philharmonic in New York City. Bellina debuted Tony Kushner’s “The Illusion” at Hartford Stage, and gave other memorable performances in Shaw’s “Arms and the Man”, Sheridan’s “The Rivals” and others. She toured the USSR with The Acting Company’s “Five by Tennessee”. Her first one-woman show “Conversations with a Mulatto Love Child” (the prequel to “ Confessions…) has been performed in LA, New York and other cities in the US. In Los Angeles, she was most recently seen in “The Search For Signs of Intelligent Life in The Universe: Revisited” at The Los Angeles LGBT Center and “Les Liaisons Dangereuses” at The Antaeus Theater Company. Bellina has worked with film directors David Lynch, Neil Jordan, Katherine Bigelow and Adrian Lyne. She’s had recurring television roles in “Sons of Anarchy”(FX), “Enlightened”(HBO), “ER”(NBC), “Midnight Texas”(NBC), “American Vandal”(Netflix) and was a returning original cast member of David Lynch’s “Twin Peaks”(Showtime). She also most recently has had guest appearances on “NCIS LA”, “ The Magicians” (Sci Fi), “Better Things”(FX), “Big Little Lies” (HBO) and NCIS (CBS).

Bellina lives in Los Angeles with her husband and daughter Ben & Lola. She is a graduate of The Juilliard Drama Division.

The series has been established by Omar Sangare, Chair and Professor of Theatre.

In collaboration with Williams’ Claiming Williams initiative. The theme for Claiming Williams 2021 is “From Racial Injustice to Restoration.” Throughout the day, we aim to explore the ways in which structural racial inequities, racism, and bigotry on campus and in the wider world have shaped the Williams College experience for students, faculty and staff. All events are directed to the campus community unless they are specified “open to the public” or are listed on the public calendar. This event is free and open to the public.