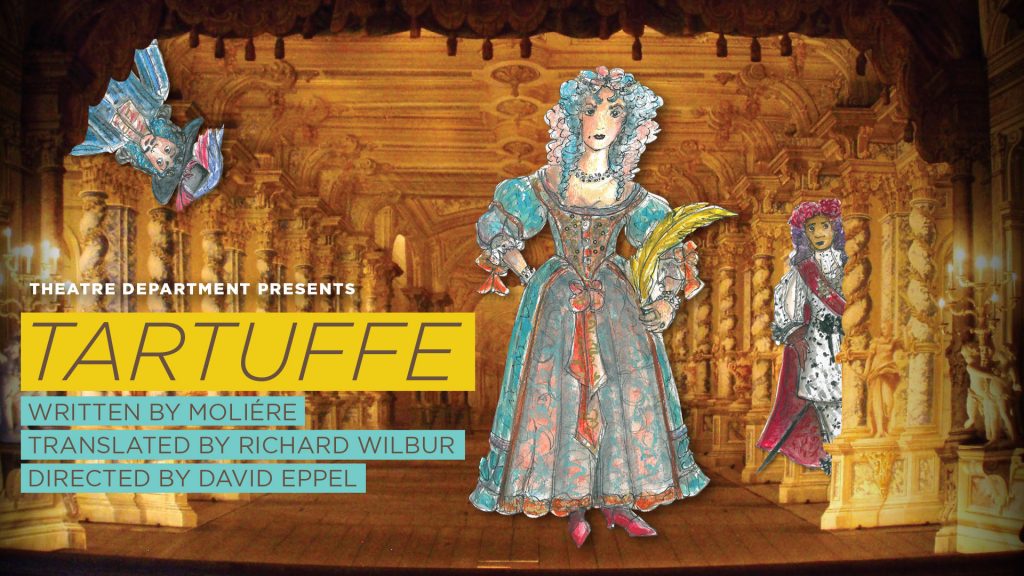 This performance of Molière’s Tartuffe contains theatrical representations of some forms of sexual harassment and attempted sexual assault. Please be advised.

Come see a play about a family
Who argued back and forth like you and me
They had a guest who they could not abide
Who tried seducing mom and stole and lied
He stopped all their fun and told them not to rest
He simply would not leave, this pesky guest.
Papa was taken in—as Papas always are—
Not so the kids, although their Grandmama
Had been transfixed by Tartuffe’s lying ways
And left and said she’d not return for days.
They had a pretty smart and wily maid
Who plotted to expose the cowardly…dade
That didn’t rhyme I know, but I don’t care—
Come see the show, it’s written by Molière!

Get ready for a Baroque romp, a minuet in rhyming couplets, and a wicked, hilarious satire, complete with keyhole peepers and eavesdroppers. First performed on May 12, 1664 at Versailles for Louis XIV, Tartuffe was instantly banned and had to be rewritten so as not to offend the church, the aristocracy, the king, and just about everyone else. Watch as the ruling classes are hoisted by their own hypocritical petard. All of the above, and much, much more, awaits…in thigh-slapping iambic pentameter, no less.