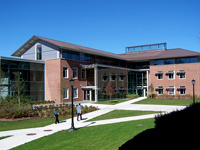 As US-led imperialism spreads through in the Asia Pacific region through neoliberal trades,
military occupation, how do the affective spaces of “Asia” and “America” construct and
assemble diasporic Asian subjects? Furthermore, as national allegiance is aggressive demanded
by the surge of white nationalism in the Global North, how does one afford to be continually
attached to an object—“Asia”—that is supposed to be gotten rid of in the interest of becoming
Asian American? Drawing on narrative study with queer Asian American activists involved in
anti-imperialist organizing in New York City, my talk situates their narratives of racialized queer
grief in the framework of racial melancholia (Cheng 2000; Eng and Hang 2000) as a form of
protest against the splitting of Asian and American identity. With a queer and intersectional
framework of analysis and anti-essentialist method of narrating identity, this paper highlights
how racial melancholia are strategies of subjectivity-making against the colonial splitting of
blackness and whiteness, the erasure of imperial history, and segregation of communities.

Wen Liu is Assistant Professor of Women’s, Gender, and Sexuality Studies at University at
Albany, State University of New York. Her research focuses on the engagement between global
social movements and psychological theories on racial, gender, and sexual subjectivities,
particularly at the intersection of LGBTQ and diasporic Asian American experiences. She is
currently working on a prize-winning book project titled, “Assembling Asian American:
Psychological Technologies and Queer Subjectivities.” Her publications can be found in
internationally recognized journals such as Feminism &amp; Psychology, Subjectivity, American
Quarterly, and Journal of Asian American Studies. She is also currently co-editing a special
issue of “Feminisms and Decolonizing Psychology” for the journal of Feminism &amp; Psychology.