Story time and music with Jana Laiz and Sean Vernon 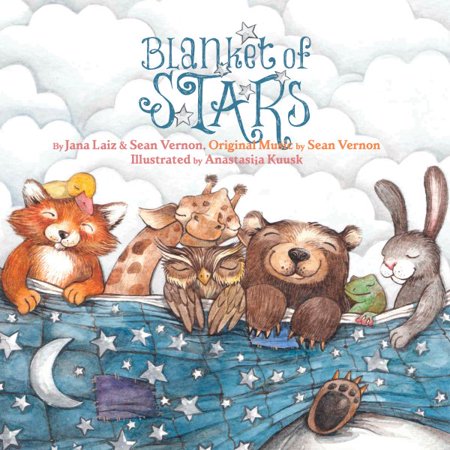 Join us here at The Williams Bookstore, Saturday morning April 27th at 10AM. Author Jana Laiz and musician Sean Vernon will read and play songs from their new book Blanket of Stars. Books will be available for sale and signing !

Jana Laiz is a writer with a purpose. The author of the triple award-winning novel, Weeping Under This Same Moon, Moonbeam Silver Medal Winner, The Twelfth Stone, Elephants of the Tsunami, “A Free Woman On God’s Earth, The True Story of Elizabeth “Mumbet” Freeman, The Slave Who Won Her Freedom, Thomas & Autumn, Simon Says ~ Tails Told By The Red Lion Inn Ambassador, Billy Budd in the Breadbox, The Story of Herman Melville & Eleanor, and Blanket of Stars, Jana believes that honoring diversity can change the world. She is the very first Writer-In-Residence at Herman Melville’s beloved Arrowhead.

Sean Vernon, MFA is a writer, poet, singer, songwriter and musician. He has performed at the Iron Horse and has six albums to his credit, including Wider Than The Sky, setting the poetry of Emily Dickinson to his original music. Sean’s humorous essays have been published in Backpacker, Smithsonian Magazine and The Atlantic. Blanket of Stars is his first children’s book and 7th CD!

Jana and Sean are using a portion of the proceeds from the sale of this book to raise money for RAICES, a refugee organization at the US/Mexico border that is working to reunite families torn apart, because they believe that children and parents belong together.