Beyond the Gaze with Katori Hall and Maxine Lyle '00: Writing Multidimensional Black Characters 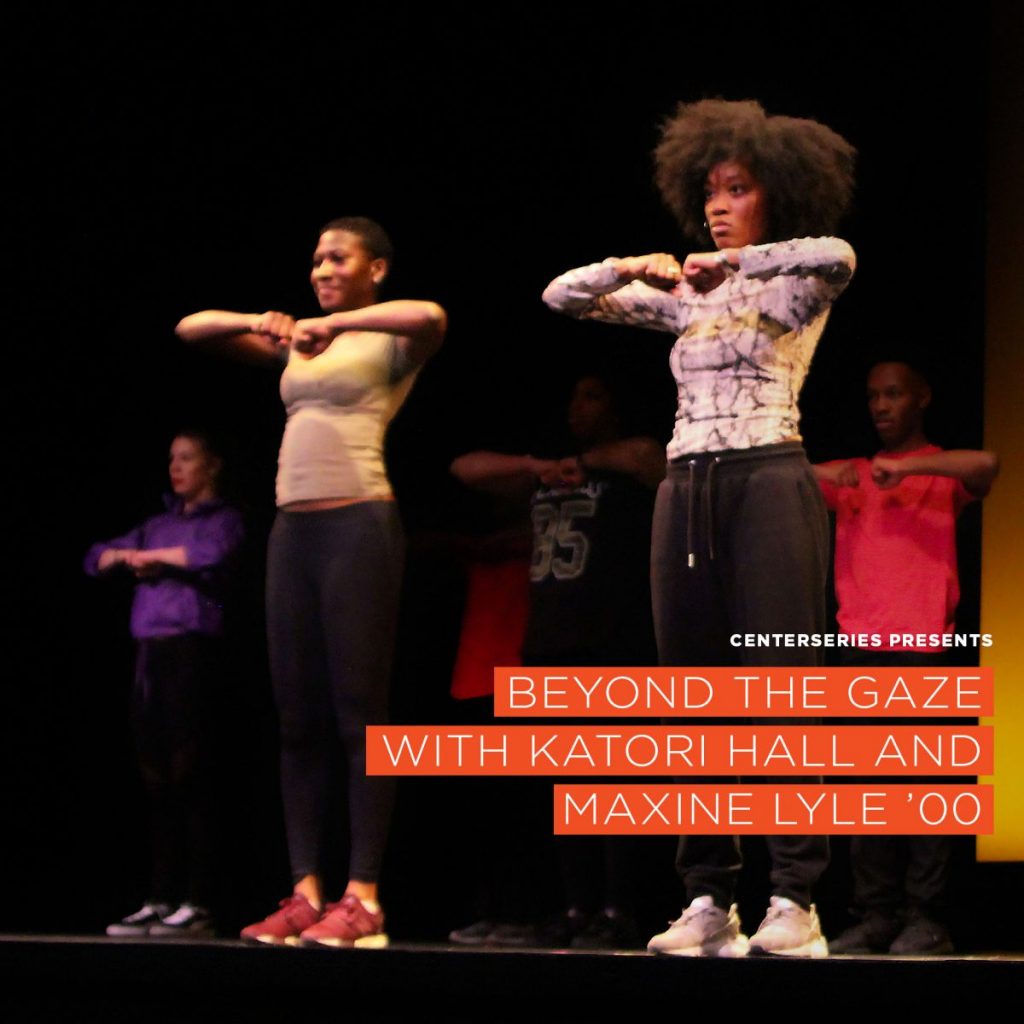 What creative and commercial obstacles do Black storytellers face when writing complex characters for stage and screen? How can Black artists re-frame the cultural gaze through traditional and emerging Black art forms?

Check back here to make a reservation.

Step Show: The Musical follows Monie, a college freshman at the fictional Bailey College, as she fights to find a voice for herself through rhythm. Combining step, spoken word and other percussive elements, the show illuminates Monie’s coming of age as she navigates cultural appropriation, systemic oppression, and gender biases within the world of step and academia. Step’s arrival at Williams in 1996 and its continued popularity on campus over twenty years later speaks to a bold carving out of space for Williams’ Black students. STEP SHOW offers a launching point for conversation about the function of step at Williams: What drives African-American young people to step? How does step empower young people who navigate racial and systemic oppression? What does the existence of step at Williams say about the community’s racial discourse and how has that shifted over the years?

Memphis-native Katori Hall is an Olivier Award-winning playwright and the showrunner of P-VALLEY, a new Starz drama based on her play Pussy Valley. She’s also the bookwriter and co-producer of West End and Broadway hit, Tina: The Tina Turner Musical. Katori’s latest piece, The Hot Wing King, premiered Spring 2020 at the Signature Theatre, rounding out her three-play residency. She is, perhaps, best known for The Mountaintop. The play, which fictionalizes the last night in Martin Luther King’s life, won the Olivier Award for Best New Play in 2010 before opening on Broadway in October 2011 to critical acclaim. Katori’s other works include the award-winning Hurt Village, Hoodoo Love, Saturday Night/Sunday Morning, Our Lady of Kibeho and The Blood Quilt. She is also the director of the award-winning short, ARKABUTLA. Katori is an alumna of Columbia University, ART at Harvard University and Juilliard. She’s also a graduate of the Sundance Episodic Lab’s inaugural class, the Sundance Screenwriting Lab and Ryan Murphy’s Half Foundation Directing Program. Katori has been published in publications such as The Boston Globe, The Guardian, and The New York Times. She is a proud member of the Ron Brown Scholar Program and the Coca-Cola Scholar Program. In addition to her Laurence Olivier Award, Katori’s other awards include a Susan Smith Blackburn Award, Lark Play Development Center Playwrights of New York (PONY) Fellowship, two Lecompte du Nouy Prizes from Lincoln Center, Fellowship of Southern Writers Bryan Family Award in Drama, NYFA Fellowship, the Columbia University John Jay Award for Distinguished Professional Achievement, National Black Theatre’s August Wilson Playwriting Award, and the Lorraine Hansberry Playwriting Award.

Founded in 2005 by dancer, choreographer, and producer, Maxine Lyle, Soul Steps, Maxine’s company, is based in the New York City area and showcases the African-American dance tradition known as “stepping” (not to be confused with Irish step dance!). Soul Steps’ mission is to expand the presence of stepping throughout the world while creating avenues for cultural exchange and awareness among diverse communities. For over a century, step dancers have used their bodies as percussive instruments to create a new physical language that inspires, celebrates and forges community. Soul Steps brings this explosive art form to the stage in a high-energy performance that combines percussive movement, hip-hop rhythms, and call and response. Soul Steps’ performances, residencies, and educational programming are suitable for all ages.

Artist’s Studio: While so much of the world has slowed down to a halt in response to COVID-19, artists have not ceased to create meaning out of these most unusual circumstances. The Williams community will meet and converse with artists and scholars, following their continued creativity in their studios. Over the course of the academic year, new performances will be created in conversation with guest speakers, faculty, and students.