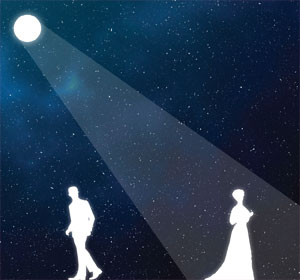 In celebration of the 90th birthday of Stephen Sondheim ’50, the Department of Theatre, Department of Music, and Cap & Bells are collaborating on a festival of performance and scholarship surrounding Sondheim’s work in musical theatre, and his legacy to the generations of artists (including other Williams alumni) who followed.

A Little Night Music is one of Stephen Sondheim’s best; it’s funny, romantic, and sweetly moving. Set in Sweden in the summer of 1900, the musical follows a series of romantic misadventures centered around the actress Desiree Armfeldt. Love triangles abound; drama and hilarity ensues! So come for the laughs and come for the music, because A Little Night Music is a show you don’t want to miss!

Please join us on Friday, March 6th for a post-performance reception with the artists.

Ticket packages and single tickets for Sondheim@90@Williams productions are $3.