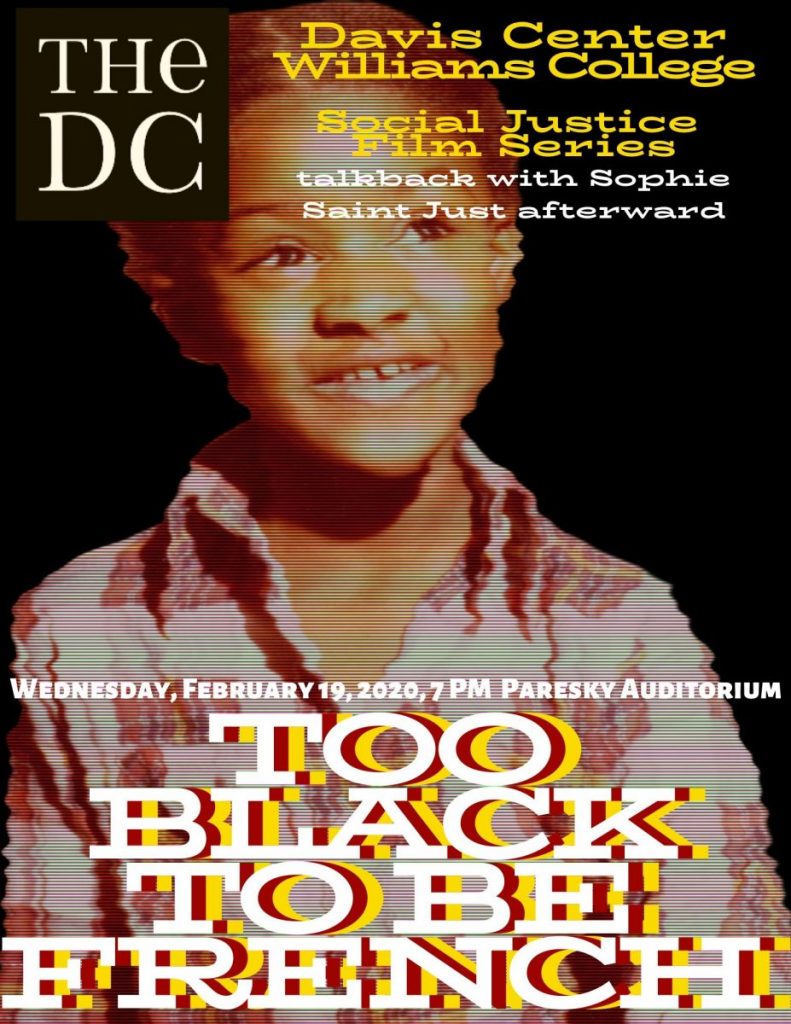 In this documentary film, Isabelle Boni-Claverie explores the role of race and the persistence of racism in France, as well as the impact of the French colonial past. Through an exploration of her personal family history, and interviews with historians and academics, TOO BLACK TO BE FRENCH peels back the layers of race relations in supposedly institutionally colorblind France.Boni-Claverie, a French-Ivorian, who grew up in upper class French society, unpacks how socio-economic privilege doesn’t mean protection from racial discrimination. Boni-Claverie solicits anonymous individuals to speak on their daily experiences with race, class, discrimination and micro-aggressions. TOO BLACK TO BE FRENCH also features interviews with acclaimed sociologists and historians including Pap Ndiaye, Eric Fassin, Achille Mbembe, and Patrick Simon to help contextualize racial history in France. Boni-Claverie’s film starts an urgent discussion on French society’s inequalities and discrimination.