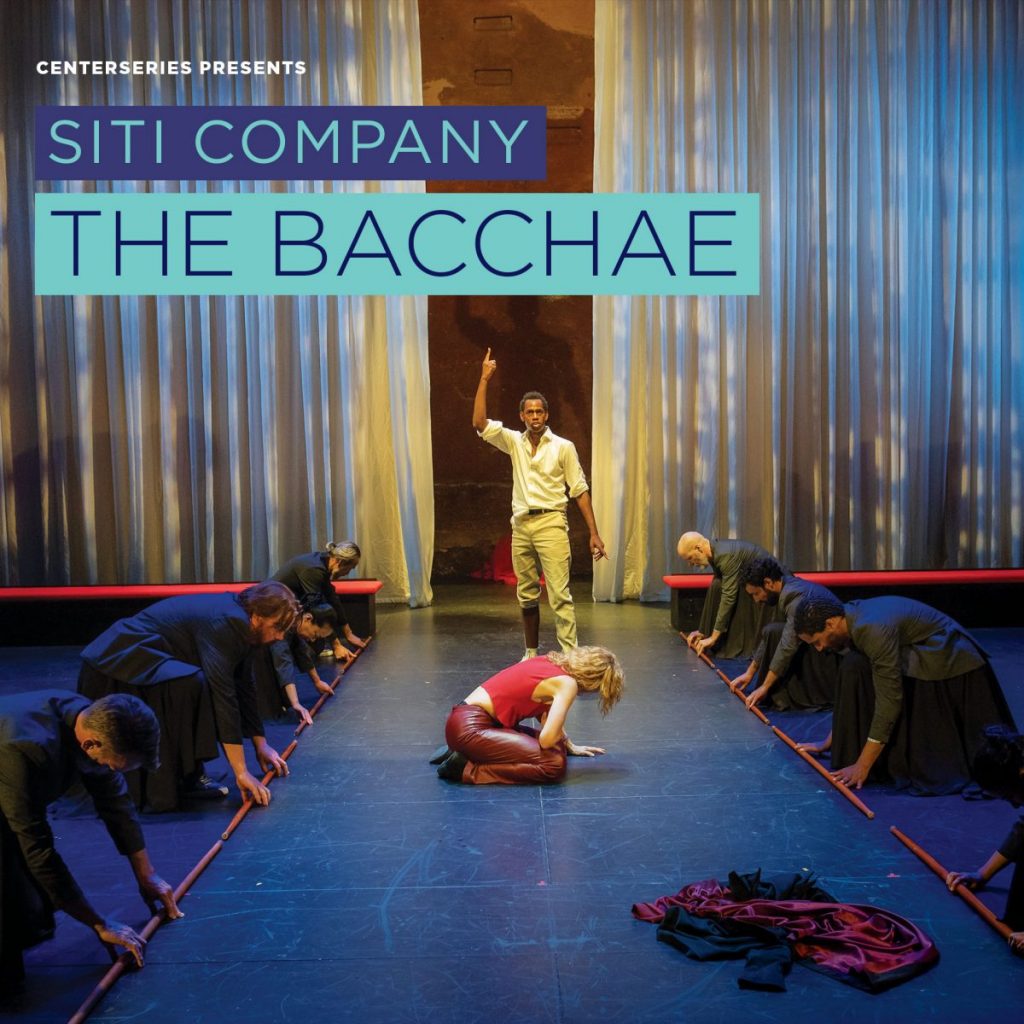 A Greek classic finds a new life in the hands of Anne Bogart and the renowned SITI Company. In a “spellbinding modern update” by Aaron Poochigian, The Bacchae reorients the tragedy of King Pentheus and Dionysus as a vividly contemporary showdown between patriarchy and gender anarchy (Los Angeles Times). SITI Company is an ensemble-based theater company whose three ongoing components are the creation of new work, the training of young theater artists, and a commitment to international collaboration. SITI was founded in 1992 by Anne Bogart and Tadashi Suzuki to redefine and revitalize contemporary theater in the United States through an emphasis on international cultural exchange and collaboration.