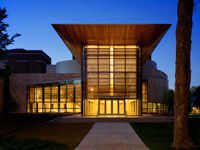 Teju Cole is a novelist, photographer, critic, curator, and the author of five books. He was the photography critic of the New York Times Magazine from 2015 until 2019. Currently, he is the Gore Vidal Professor of the Practice of Creative Writing at Harvard.  Cole’s novella, Every Day is for the Thief, was named a book of the year by the New York Times, the Globe and Mail, NPR, and the Telegraph, and his novel, Open City won several awards including the PEN/Hemingway Award, the New York City Book Award for Fiction, the Rosenthal Award of the American Academy of Arts and Letters, and the Internationaler Literaturpreis. Cole’s most recent book, Human Archipelago, is a collaboration with the photographer Fazal Sheikh.

Ishion Hutchinson was born in Port Antonio, Jamaica. He is the author of two poetry collections: Far Districtand House of Lords and Commons. He is the recipient of the National Book Critics Circle Award for Poetry, a Guggenheim Fellowship, the Joseph Brodsky Rome Prize, the Whiting Writers Award, the PEN/Joyce Osterweil Award, the Windham-Campbell Prize for Poetry and the American Academy of Arts and Letters Award in Literature, among others. He teaches in the graduate writing program at Cornell University.

Rowan Ricardo Phillips is the author of three books of poems, The Ground, Heaven, and Living Weapon; a book of literary criticism, When Blackness Rhymes with Blackness; and a book of non-fiction,  The Circuit: a Tennis Odyssey. He has been the recipient of a Whiting Writers’ Award, a Guggenheim Fellowship, the GLCA New Writers Award for Poetry, the Nicolás Guillén Outstanding Book Award, the PEN/Osterweil Prize for Poetry, the Anisfield-Wolf Book Award, and the PEN/ESPN Award for Literary Sportswriting. He teaches at Stony Brook University, where he directs the Poetry Center, and Princeton University, where he is on the faculty of the Program of Creative Writing. He is the W. Ford Distinguished Visiting Professor in Democratic Studies in Spring 2020.

This event is sponsored by the W. Ford Schumann ’50 Program in Democratic Studies as part of  the Schumann Fund initiative on Race and Democracy, now in its second year. Free and open to the public. No tickets required.