SA Smythe, “An Otherwise Orientation: The Politics of Belonging in/to the Black Mediterranean” 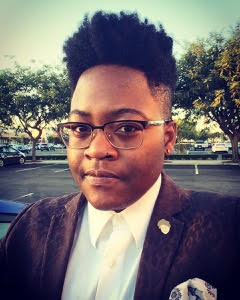 “An Otherwise Orientation: The Politics of Belonging in/to the Black Mediterranean”

In this talk, Dr. SA Smythe posits the Black Mediterranean as one possible way of thinking and knowing Black life within and beyond the geographical space of the Mediterranean Sea and its surrounding African and European nation states. Their conceptualization of the Black Mediterranean directly engages Robin Kelley’s framing of Black Marxism, in which he writes that Cedric Robinson viewed the Black Mediterranean as “a precondition to the Black Atlantic and the making of Europe itself.” This talk considers the necessity for another orientation for thinking Blackness and oceanic crossings. Smythe turns to Black Italian women’s writing and coalitional Black cultural production in the Mediterranean, to offer an otherwise orientation that does not look to the state for recognition, but considers a new coalitional practice that can be thought “littorally” via the Mediterranean’s seascape and peripheries, rather than national European borders and the economics-driven valuation of human life. They engage transdisciplinary literary analysis to historicize the presence and politics of Blackness in Italy as aligned with the figures of the refugee, the migrant, the postcolonial subject, and the citizen.


Bio: Dr. SA Smythe (they/them) is a poet, translator, and scholar of Black European literary & cultural studies, contemporary Mediterranean studies, and Black trans poetics. Smythe’s research is focused on literature and other cultural responses to racism, misogyny, colonialism, and other relational aspects of inequality and oppression between Europe (in particular, Italy), East Africa, and the Mediterranean. They are an assistant professor in the Department of African American Studies at UCLA. Smythe is also a published and performing poet and an activist involved in queer trans Black and abolitionist poetry collectives in London, Bologna, Berlin, and currently Los Angeles.