Running to School: Kenyan Athletics in the Era of Olympic Boycotts 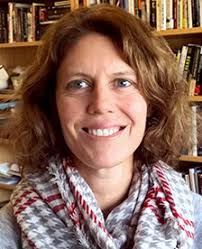 Jessica Chapman, Associate Professor of History, will present the first of six talks in the 2020 Faculty Lecture Series. Chapman’s specialization is the United States and the World, with research emphases on Vietnam, decolonization, and the Cold War. Her teaching interests include U.S. foreign relations, the Vietnam Wars, the Cold War and decolonization, sport and diplomacy, and the relationship between foreign policy and domestic affairs. Her first book, Cauldron of Resistance: Ngo Dinh Diem, The United States, and 1950s Southern Vietnam was published by Cornell University Press in 2013. She is currently at work on two book projects. The first, Decolonization and the Cold War, is under contract with the University Press of Kentucky. The second, currently supported by a Mellon New Directions Fellowship, is an international history of Kenyan runners. That project unpacks the layered significance of Kenya’s running industry at the local, national, and international levels in order to shed light on the new international system that began to take shape in the late-1960s. It illuminates new modes of economic, cultural, and political exchange between decolonized peoples and the industrialized West and explores the effects of those exchanges on postcolonial participants and societies, particularly in Kenya’s running hotbeds of Eldoret and Iten.

The aim of the Faculty Lecture Series is to present big ideas beyond disciplinary boundaries.  All lectures will be followed by a reception in Schow Atrium. The lectures are free and open to the public.

The Faculty Lecture Series was founded in 1911 by Catherine Mariotti Pratt, the spouse of a faculty member who wanted to “relieve the tedium of long New England winters with an opportunity to hear Williams professors talk about issues that really mattered to them.” From these humble and lighthearted beginnings, the Faculty Lecture Series has grown to become an important forum for tenured professors to share their latest research with the larger intellectual community of the college.