Rowan Ricardo Phillips to give reading 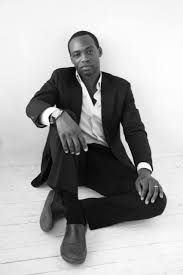 You are warmly invited to an English Department sponsored reading by Rowan Ricardo Phillips. Phillips, the Margaret Bundy Scott Professor of English for 2020-21, is an award-winning poet, author, screenwriter, academic, translator, and journalist, and he will read from both his poetry and prose at this event.  Please email pmalanga@williams.edu for the Zoom Link.

Rowan Ricardo Phillips is a multi-award-winning poet, author, screenwriter, academic, translator, and journalist. His writing appears in The New York Times, The New Yorker, The Paris Review, and other national and international publications.

The author of three books of poetry, a book of literary criticism, a non-fiction book on tennis, and a book-length translation of fiction, Rowan Ricardo Phillips has been awarded the Nicolás Guillén Outstanding Book Award, the Anisfield-Wolf Book Award, a Guggenheim Fellowship, the PEN/ESPN Award for Literary Sportswriting, the PEN/Joyce Osterweil Award for Poetry, a Whiting Award, and the GLCA New Writers Award. He has also been a finalist for the Griffin International Poetry Prize, the National Book Award, and the Los Angeles Times Book Prize.

Also an acclaimed sportswriter, Rowan’s writing on basketball has been collected by The Library of America, his soccer writing has been acclaimed by BBC commentary and English soccer legend Gary Lineker, and his award-winning writing on tennis has achieved widespread international recognition.

Rowan has written the screenplay for Legendary’s biopic on baseball icon Roberto Clemente adapted from Pulitzer Prize winner David Maraniss’ biography CLEMENTE: THE PASSION AND PRIDE OF BASEBALL’S LAST HERO, which will be directed by O. J.: Made in America creator Ezra Edelman and produced by John Lesher, Fuego Films’ Ben Silverman and Jay Weisleder, with Giselle Fernandez and Sandra Condito as executive producers. His work has also been heard on the small screen: his poetry has been adapted for music and subsequently appeared on Spike Lee’s Netflix series She’s Gotta Have It.