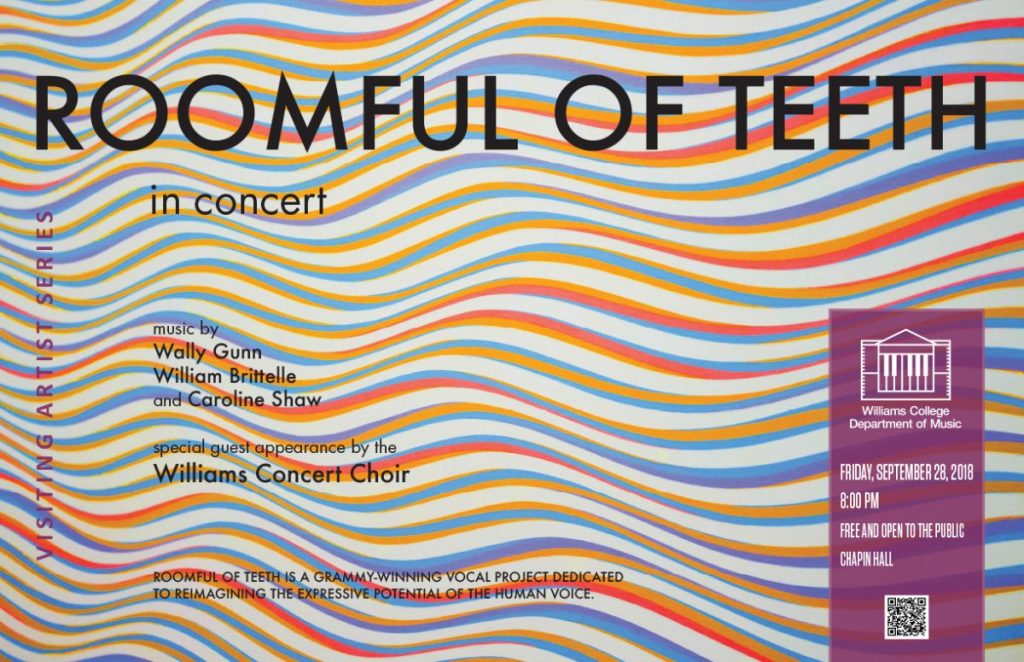 Roomful of Teeth offers a program including Ascendent by Wally Gunn, along with percussionist Matthew Gold. In the second half of the program they perform Psychedelics by William Brittelle, and The Isle by Caroline Shaw.

Roomful of Teeth is a GRAMMY-winning vocal project dedicated to reimagining the expressive potential of the human voice. Through study with masters from vocal traditions the world over, the eight-voice ensemble continually expands its vocabulary of singing techniques and, through an ongoing commissioning process, forges a new repertoire without borders.

Projects in 2016-2017 included The Colorado, a music-driven documentary film that explores water, land and survival in the Colorado River Basin (featuring former Kronos Quartet cellist Jeffrey Zeigler and Wilco’s Glenn Kotche); collaborations with A Far Cry and Nick Zammuto of The Books; appearances at new music festivals in the US, Canada and Sweden; and partnerships with nearly two dozen higher education institutions across the country.

Roomful of Teeth is presented by the Williams College Department of Music with the generous support of the W. Ford Schumann ’50 Performing Arts Endowment.