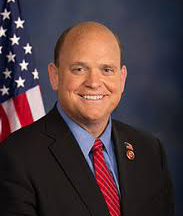 Congressman Tom Reed, co-chair or the Problem-Solvers Caucus, presents an update on bipartisan initiatives planned for the 116th Congress. After his initial remarks, Rep. Reed welcomes questions from the audience and from the media.

The Problem Solvers Caucus is a bi-partisan group in the United States House of Representatives that includes approximately 48 members – equally divided between Democrats and Republicans – who seek to create bi-partisan cooperation on key policy issues. The Problem Solvers Caucus developed over time as an outgrowth of informal meetings organized by the political reform group No Labels, an American political organization that states its mission is to combat partisan dysfunction in politics and “usher in a new era of focused problem solving in American politics”.

Reed is an American attorney and politician who serves as the U.S. Representative for New York’s 23rd congressional district. A Republican, Reed first joined the U.S. House after winning a special election to replace Eric Massa in 2010. Reed previously served one term as the Mayor of Corning, New York.

Sponsored by the Leadership Studies Program.