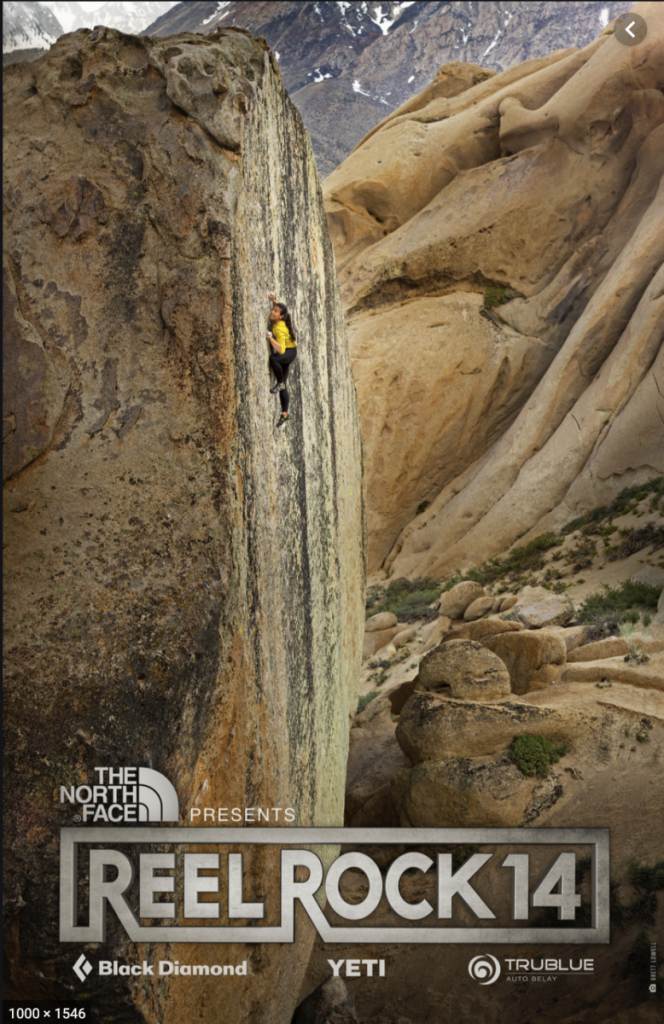 WCC and WOC bring you Reel Rock 20! Founded in 2005 by groundbreaking filmmakers Josh Lowell and Peter Mortimer, REEL ROCK has grown into the premiere global platform for award-winning climbing films that weave bold action, humor, heart, and soul into larger-than-life human stories for a wide audience, from the core climber to the armchair mountaineer.

Tickets are FREE and available here, get yours now!: https://www.eventbrite.com/e/wcc-woc-reel-rock-showing-tickets-86220892009

Film Lineup:
The High Road: While the world’s best boulderers push standards close to the ground, Nina Williams’ sights are set higher. She is among the only women who climb elite-level problems that are 30, 40, even 50 feet tall — with no rope. In this profile of an emerging star athlete, Nina Williams flexes her guns and tests her nerves well into the no-fall zone.

The Nose Speed Record: For decades, an elite handful of climbers have competed for the coveted speed record on the 3,000-foot Nose of El Capitan, risking big falls to shave mere seconds off the fastest time. When a record held by superstar Alex Honnold is broken by little-known climbers Brad Gobright and Jim Reynolds, Honnold drafts fellow climbing legend Tommy Caldwell to establish a new mark that will stand the test of time. Honnold pushes for perfection while Caldwell, a family man, wrestles with the risk amid a series of accidents on the wall that lay bare the consequences of any mistake.

United States of Joe’s: In rural Utah, a valley of world-class bouldering is nestled among a conservative community of Mormons, cowboys and coal miners. When a ragged band of punk rock climbers shows up, the two cultures inevitably clash. After years of antagonism, a group of climbers work with locals to build a more harmonious future. But in this divided era, is that even possible?