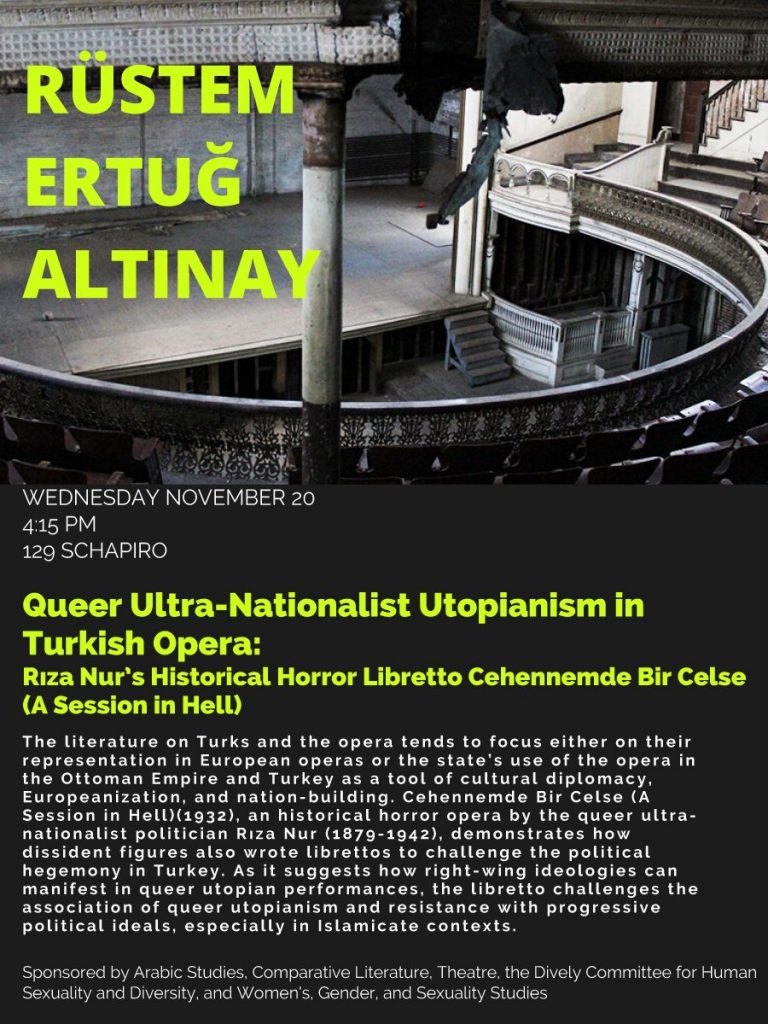 The literature on Turks and the opera tends to focus either on their representation in European operas or the state’s use of the opera in the Ottoman Empire and Turkey as a tool of cultural diplomacy, Europeanization, and nation-building, Cehennemde Bir Celse (A Session in Hell) (1932), an historical horror opera by the queer ultra-nationalist politician Riza Nur (1879-1942), demonstrates how dissident figures also wrote librettos to challenge the political hegemony in Turkey.  As it suggests how right-wing ideologies can manifest in queer utopian performances, the libretto challenges the association of queer utopianism and resistance with progressive political ideals, especially in Islamicate contexts.