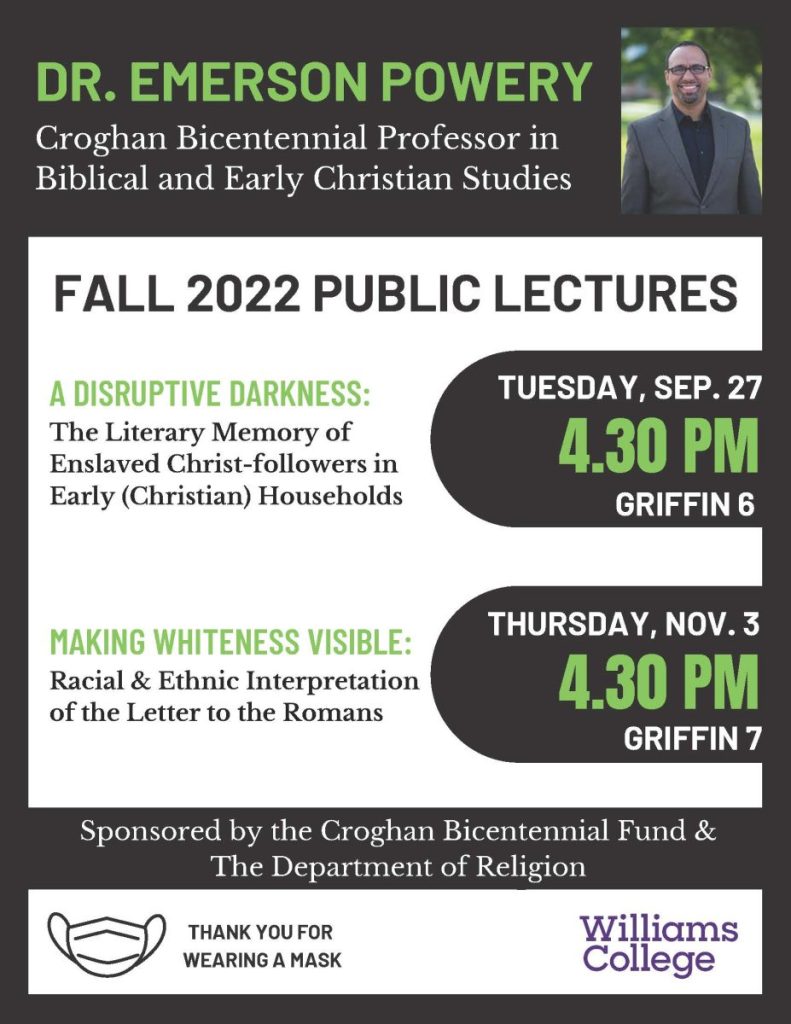 Abstract: As members of the ancient Roman household, the enslaved occupied important – albeit conspicuous – spaces within the family circle. The literature of early Christianity testifies to this experience. The enslaved appear in the parables of Jesus, serve as analogies for discipleship, and even perform as comic relief. This talk will acknowledge the centrality of human bondage to the early Christian experience. What might it look like to center this experience in the scholarly depictions of the movement that have come down to us? Whether used literally, figuratively, or metaphorically, the language of enslavement reveals the earliest (Jewish) Christian writers as thinkers of their time in a slavocracy that permeated the Roman world. Although the metaphorical use of bondage language has attracted much scholarly attention, this public lecture will concentrate on the physical presence of the enslaved within the (Christian) household community. Many early Christian thinkers thought with slave-discourse as one appropriate way to promote the new message of this newly developing religious movement. On the other hand, many of the (Christ-following) enslaved contributed to the movement as well.

Thank you for wearing a mask.