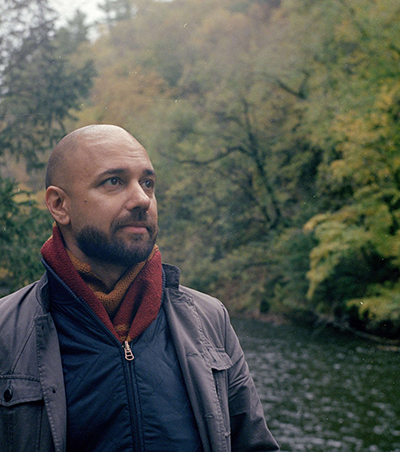 This talk examines two moments of public vocal change in India. The first was the ascendency of Lata Mangeshkar, “daughter of the nation,” who recorded over 5,000 songs from 1942 to 1990. Her sweet, delicate tone (beloved from Bombay to Jakarta, from Tehran to Mogadishu) is sometimes construed as the quintessential expression of Indian femininity—India’s national voice. Lata crafted her vocal disposition to suit the needs of a film industry that was becoming the first popular mass media, sounding out in stark contrast to the louder, broader voices associated with courtesan singers. Her tone became a model for female singers across a wide range of genres—indeed, in the 80s and 90s, it was possible to make a living as a “copy artist” singing “in the voice of Lata.”

This spooky moment of mimesis—the second moment of vocal change—alarmed critics, occasioning a range of public debates about Lata’s voice, the kind of femininity it announced, and the dangers of its reproduction. By the time India’s economy liberalized in the 90s, critics and producers began to hear in Lata’s voice an intolerable inauthenticity. As a new popular music sphere opened up, featuring grittier, rougher voices, assertive women, rural folk musicians, and charismatic Sufis, Lata’s voice was construed as a figure of social oppression in opposition to a new, ethically proper figuration of voice: the new popular “Sufi” voice. The pop Sufi movement—which has little to do with the activities of actual Sufi brotherhoods—has spread rapidly across the Hindustani ecumene in the early years of the 21st century, ringing out in coffeehouses and on glittering stages, ranging from indie “Sufi rock” to blockbuster film soundtracks. To sing pop “sufi” is to inhabit an entirely different way of the voice than a “copy artist;” it is to sing is to sing high, loud, and true, in an entirely different moral universe—its subject is a sovereign individual at odds with a social order, answering only an inner truth, expressed in song. Like Lata’s voice, it seems to announce a sort of populism that cuts across caste, class, and religion; like Lata’s voice, it evokes its own set of ethical criticisms (e.g., from orthodox sufis, for its own rather different failures of authenticity.) But pop sufi voice is not nothing–neither an exact copy of orthodox Chishti practice nor a dilution, but a highly potent cocktail in its own right, with radically different ethical and political potentials.

Matt Rahaim is Associate Professor of ethnomusicology at the University of Minnesota, with affiliate appointments in Cultural Studies & Comparative Literature and Religious Studies. His first book, Musicking Bodies: Gesture and Voice in Hindustani Music (2012) dealt with bodily-vocal disciplines among Hindustani singers. His current book project, Ways of the Voice: Ethical Contestation and Vocal Striving in North India and Beyond, investigates the play between regimes of vocal and aural virtue among a wide range of singers in North India—Bollywood singers, qawwals, classical vocalists, and purveyors of the eclectic contemporary styles known as “singing Sufi” and “singing Western.” Recent essays include “Not Just One, Not Just Now: Voices in Relation” in the Oxford Handbook of Phenomenological Ethnomusicology and “Object, Person, Machine, or What: Practical Ontologies of Voice,” in the Oxford Handbook of Voice Studies. Matt is also a performing Hindustani vocalist in the Gwalior tradition, trained under L.K. Pandit.