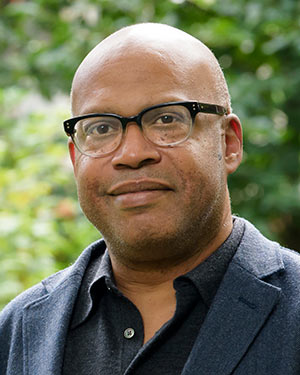 Studies of W. E. B. Du Bois and music have typically focused on the final two chapters of The Souls of Black Folk (1903): the short story “Of the Coming of John” and, especially, his rumination on African American spirituals “Of the Sorrow Songs.” This talk will illuminate coverage of music in The Crisis, the influential NAACP magazine that Du Bois edited from its founding in 1910 until 1934, considering how the embodied activity of early twentieth-century Black musicians and entrepreneurs documented on its pages extended beyond the boundaries of Du Bois’s personal tastes and a politics of respectability.

Mark Burford is R.P. Wollenberg Professor of Music at Reed College. His research and teaching focuses on late eighteenth- and nineteenth-century Austro-German concert music and twentieth-century popular music in the United States, with particular focus on African American music after World War II. His scholarship has appeared in the Journal of Musicology, 19th-Century Music, Nineteenth-Century Music Review, Current Musicology, Musical Quarterly, the Journal of the American Musicological Society, and other edited collections. His article “Sam Cooke as Pop Album Artist—A Reinvention in Three Songs” received the Society for American Music’s 2012 Irving Lowens Award for the outstanding article on American music. His book Mahalia Jackson and the Black Gospel Field (Oxford, 2019) received multiple prizes, including the Otto Kinkeldey Award from the American Musicological Society for the outstanding book in musicology by a senior scholar. He is the editor of The Mahalia Jackson Reader (2020), an anthology of writings on Jackson for Oxford’s Readers on American Musicians series.