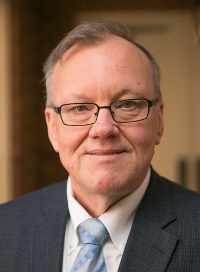 “Hear the beat of dancing feet…” The first talking films quite naturally turned to musicals as production companies on both sides of the Atlantic vied to show off their new sound technologies. But the West Coast studio that had pioneered the talkies with its Vitaphone system, Warner Bros., was now facing intense competition from MGM, Paramount, and RKO Pictures. That plus the economic crisis of the Great Depression prompted Darryl F. Zanuck, the Warner head of production, to adopt a back-to-basics approach to inaugurate what the posters for 42nd Street called “a New Deal in entertainment.” He stole choreographer Busby Berkeley from his rivals, talent-spotted Dick Powell and Ruby Keeler, and recruited the song-writing team of Harry Warren and Al Dubin. The plot was drawn from Bradford Ropes’s 1932 novel, and it adopted the typical “backstage musical” format with a twist: a film musical about, rather than based on, a Broadway show.

New sources reveal how director Lloyd Bacon exposed the rigors of the music-theatrical profession by way of a gritty, documentary-style approach typical of the renowned Warner Bros. gangster movies of the early 1930s. As “Julian Marsh” struggles to bring the show Pretty Lady to the stage, the process is shown in astonishingly accurate detail, also with plenty of pre-Code sexual innuendo and in-joke references (not least to Fritz Lang’s Metropolis and to the classic horror film, King Kong). But although 42nd Street is widely regarded as one of the first great movie musicals, it allows us to see the strengths and weaknesses of a genre that would long remain in flux.

Tim Carter is the author of books on opera and musical theatre ranging from Monteverdi through Mozart to Rodgers and Hammerstein. He has held fellowships at the Harvard Center for Italian Renaissance Studies in Florence, the Newberry Library in Chicago, and at the National Humanities Center. In 2013 he was awarded by the American Musicological Society both the Claude Palisca Prize and the H. Colin Slim Prize for his work on Kurt Weill and on Monteverdi. In 2017, he was named an honorary member of both the Society for Seventeenth-Century Music and the United Kingdom’s Royal Musical Association. He is currently David G. Frey Distinguished Professor of Music at the University of North Carolina at Chapel Hill.