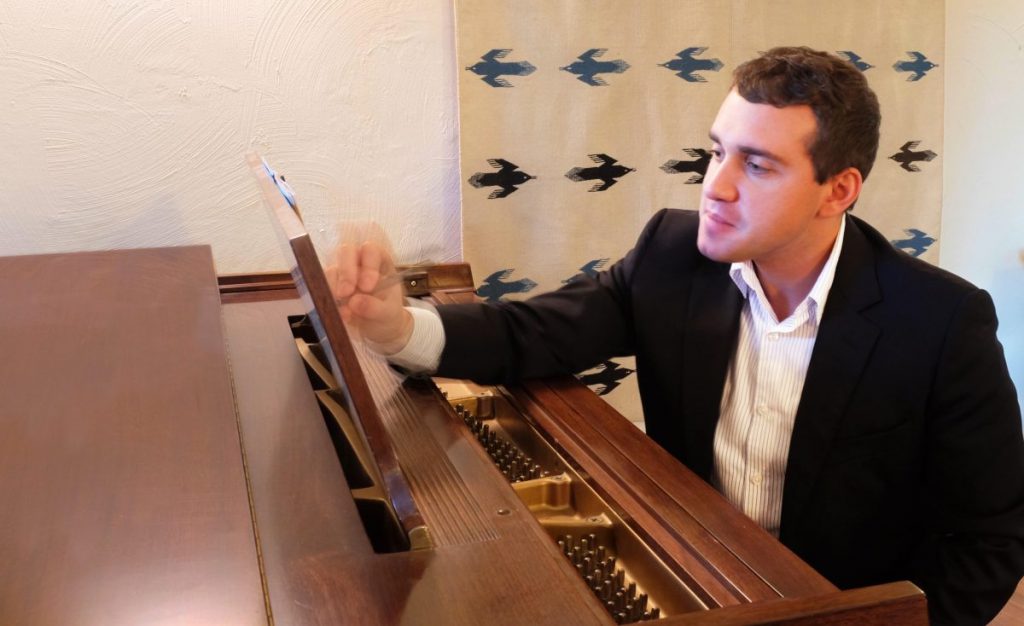 Prof. Dylan Schneider offers a music faculty talk with insights into his work, STRIP-TEASE. A discussion with Prof. Schneider will precede a screening of the opera.

STRIP-TEASE is an opera in one act that depicts life under an absurd, imagined authority. Based on a play by renowned Polish dramatist Sławomir Mrożek (1930-2013), the opera premiered as part of the inaugural season of the Logan Center for the Arts in Chicago.

In the opera, a pair of office workers find themselves detained, for unknown reasons, in an empty room. Instead of escaping through the unlocked doors, the men quarrel about whether or not they are free to leave. Soon, however, it is too late: a supernatural, man-sized hand crawls into the room, subjecting the pair to outlandish punishments, including disrobing. Comical and absurd on its surface, the opera is ultimately an exploration of the limits of freedom in the modern era.

The music of Dylan Schneider, praised for its innovative scoring and dramatic flair, has drawn an international audience and has been performed by Grammy-Award-winning ensembles such as Eighth Blackbird, the Pacifica String Quartet, and the Saint Paul Chamber Orchestra. Schneider’s music pioneers a new frontier in performance, traversing the diversity of human experience with a sense of lyricism and play.