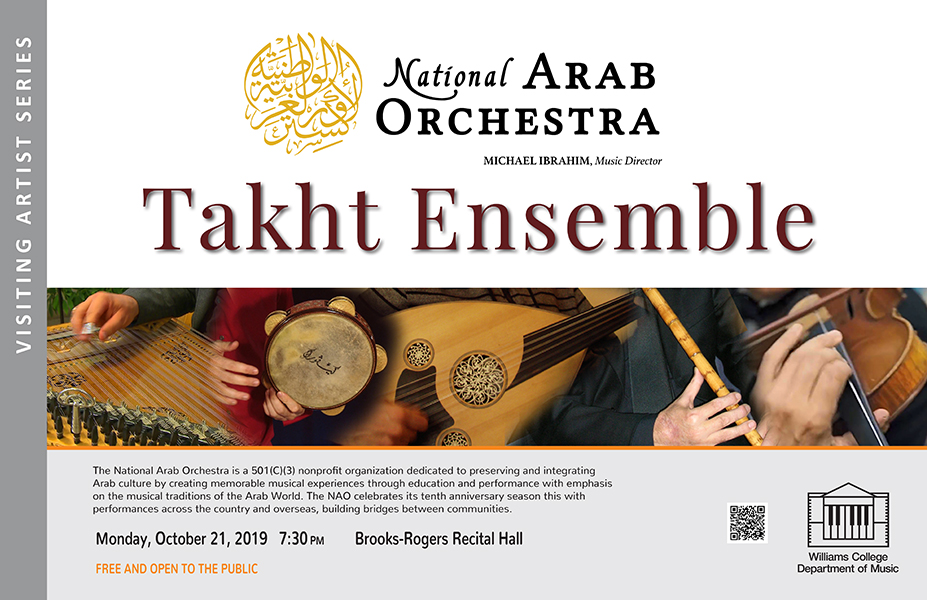 The National Arab Orchestra is a nonprofit organization dedicated to preserving and integrating Arab culture by creating memorable musical experiences through education and performance with emphasis on the musical traditions of the Arab World. The NAO celebrates its tenth anniversary season this year with performances across the country and overseas, building bridges between communities.

This performance by National Arab Orchestra Takht Ensemble is part of the the Ernest Brown World Music Series.