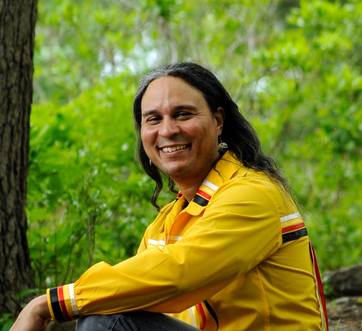 Larry Spotted Crow Mann is a member of Nipmuc Tribe and resident of Massachusetts.

Mann travels throughout the United States, Canada and parts of Europe to schools, colleges, pow wows and other organizations sharing the music, culture and history of Nipmuc people.