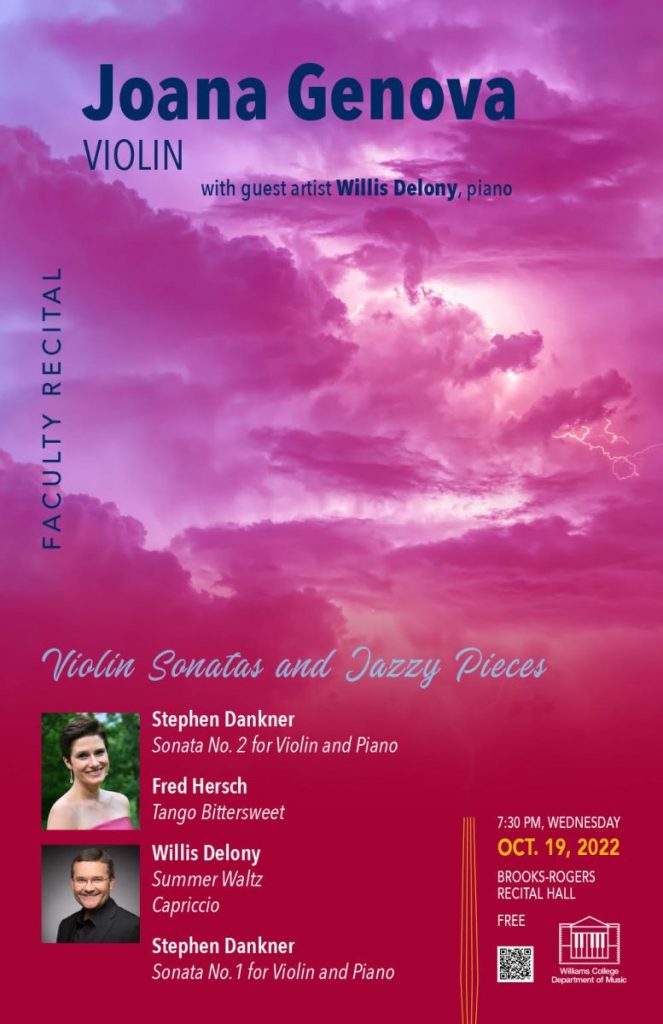 The Williams College Department of Music presents Joana Genova, violin, in a faculty recital on Friday in Brooks-Rogers Recital Hall on the college campus. Guest Artist Willias Delony collaborates on piano. The event is free and open to the public.

Joana Genova teaches and frequently performs at Williams as a member of the Williams Chamber Players and as a principal violinist with the Berkshire Symphony.

Bulgarian violinist Joana Genova is Assistant Professor of Violin and Director of String Activities at the University of Indianapolis, second violinist of The Indianapolis Quartet and Associate Concertmaster of Carmel Symphony (Indiana). She is co-founder and Artistic Director of Taconic Music in Manchester (Vermont) and has been serving as Artist Associate at Williams College and principal second violinist of Berkshire Symphony Orchestra since 2007. Joana began playing violin at age 6, made her solo debut at 12 with the Plovdiv Chamber Orchestra, and is a prizewinner of Bulgaria’s National Competition. She earned her Bachelor of Music at the Conservatory of Amsterdam and her Master’s in chamber music at the Rotterdam Conservatory in the Netherlands before moving to the United States in 2000 where she joined Brooklyn Philharmonic and was free-lancing in NYC. Former teachers include Boyanka Shopova, Alexander Spirov, Peter Brunt, Ilya Grubert and Samuel Thaviu. In Holland, Joana was concertmaster of Amsterdam Bach Consort and a member of Amsterdam Sinfonietta. 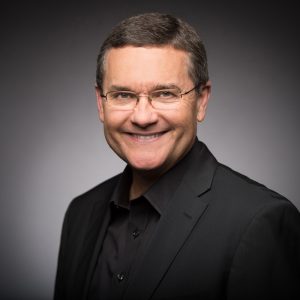 About Willis Delony
In a performing career spanning over four decades, pianist Willis Delony has won acclaim as one of the nation’s leading classical/jazz crossover artists. His innovative concert explorations of the two musical worlds are showcased in a series of solo piano recordings on the Centaur label.  A New World A’ Comin’ – Classical and Jazz Connections was released in 2001. Double Dance – Classical and Jazz Connections II was released in 2008. Out of Character – Classical and Jazz Connections III, was released in October 2014. Also part of the series is an independent release from 2018 entitled Butterfly Room – Connections for Solo Piano. The project continues with Between the Notes, which was released by Centaur on November 5, 2021.  Previous album credits include a recording of sonatas by Samuel Barber and Sergei Prokofiev, also on the Centaur label, and a jazz album entitled Civilized Conversations, featuring Delony and bassist Bill Grimes. He collaborated with bassoonist William Ludwig on the Mark Records release, Rhapsody in Bassoon, which features the world premiere recording of André Previn’s Sonata for Bassoon and Piano.