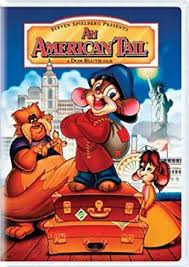 Williams Reads invites you to a free screening of the animated film, An American Tail, the first in a series of films on the topic of immigration.  Told from a Russian Jewish mouse immigrant perspective, we follow the adventures and misadventures of Feivel and his family, as he is exposed to the glories and perils of American culture and the American immigrant experience.

This is event is part of the year-long programing for Williams Reads, which aims to foster new connections among students, staff, faculty, and community members by exploring diversity through a common reading experience. Developed by the Committee on Diversity and Community (CDC), Williams Reads is an initiative offered as an opportunity for us to explore a book together that will help us to celebrate and deepen our appreciation of diversity. It is a goal of the CDC to select a book that will stimulate community engagement and challenging conversation. The Williams Reads book selection for 2019-20 is Exit West by Mohsin Hamid.

The second film in this series is Deephan, which screens on Sunday, Oct 13 at 1pm. Both films are free and open to the public.