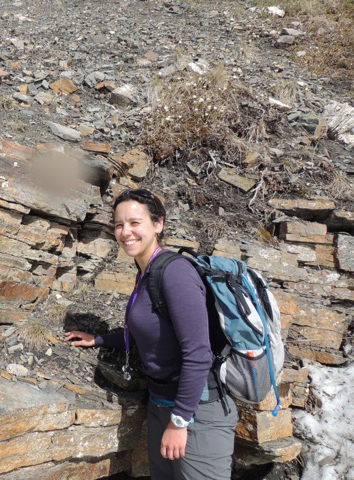 Associate Professor of Geosciences Phoebe Cohen will present “The Evolution of Life before Animals: Building Shields, Dodging Snowballs, and Gasping for Breath” as part of the annual Faculty Lecture Series. Phoebe Cohen is a paleontologist who utilizes a wide variety of microscopic and microchemical techniques, combined with data from field-based stratigraphy and sedimentology, to reconstruct ancient organisms and ecosystems. Cohen earned her A.B from Cornell University and her PhD in the Department of Earth and Planetary Sciences school at Harvard University, where her thesis focused on a variety of enigmatic eukaryotic fossil groups from the Neoproterozoic, the time period directly preceding the Cambrian radiation of animal life.  Cohen began her position at Williams in 2012 and was awarded the Geological Society of America Subaru Outstanding Woman in Science Award that same year. Her research is funded by the NASA Astrobiology program and the American Chemical Society.

The Faculty Lecture Series was founded in 1911 by Catherine Mariotti Pratt, the spouse of a faculty member who wanted to “relieve the tedium of long New England winters with an opportunity to hear Williams professors talk about issues that really mattered to them.” The current chair of the series is Greg Mitchell, Associate Professor of Women’s, Gender and Sexuality Studies and chair of the Lecture Committee.

The aim of the series is to present big ideas beyond disciplinary boundaries. The remaining talks will be offered on February 21, 28, March 7 and 14. All lectures will begin at 4:15 p.m. in Wege Auditorium, Thompson Chemistry and be followed by a reception in Schow Atrium. The events are free and open to the public.