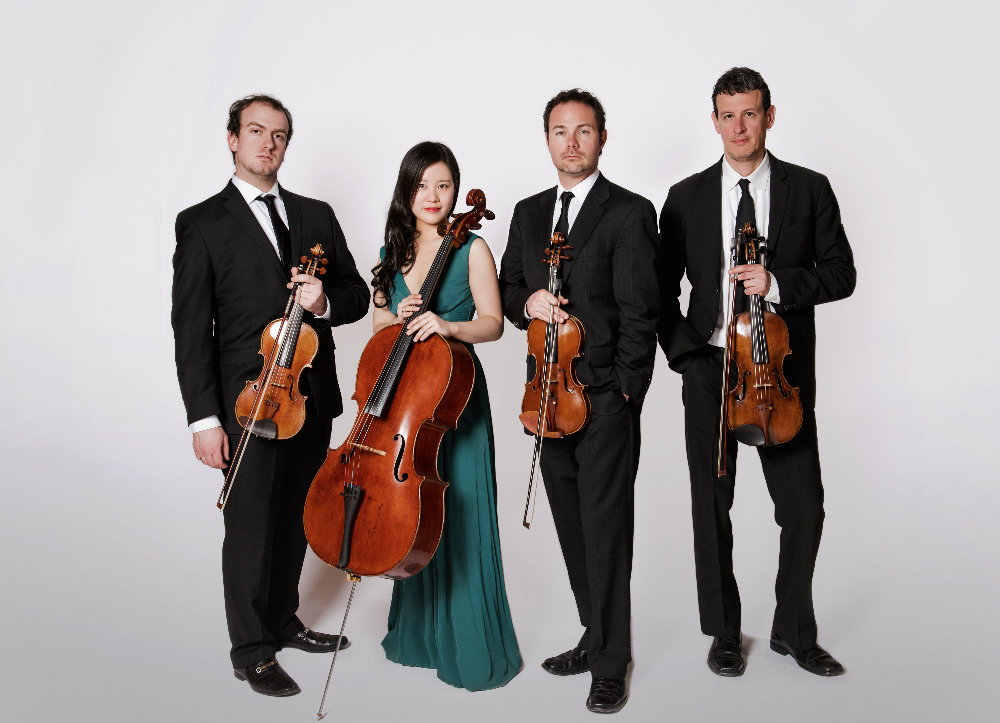 Formed in Ohio in 1998, the Euclid Quartet takes its name from the famous Euclid Avenue in Cleveland, home to a wealth of renowned artistic and cultural institutions. Within three years, the ensemble was awarded the String Quartet Fellowship of the Aspen Music Festival, where it was invited to return for the subsequent summer’s concert season. The quartet was also invited to study with the Emerson String Quartet at the Carnegie Hall Professional Training Workshop.

The Euclid is a frequent guest ensemble at American and Canadian music festivals, among them those of Aspen, Great Lakes, Kent/Blossom and Orford, while expanded programs have included collaborations with internationally renowned artists, including James Dunham, Gregory Fulkerson, Warren Jones, Paul Katz, Joseph Silverstein and Alexander Toradze.

In 2007, the Euclid Quartet was appointed to the prestigious string quartet residency at Indiana University South Bend, where its members teach private lessons and coach chamber music. Passionately devoted to presenting the highest quality chamber music to young audiences, these seasoned teaching artists have performed for thousands and thousands of students and young adults, in part through support from the National Endowment for the Arts and collaborations with Carnegie Hall’s Weill Music Institute and the Fischoff National Chamber Music Association.

Active in the recording studio, the Euclid Quartet issued, most recently, a pair of CDs, comprising the six string quartets of Béla Bartók on Artek Recordings. The American Record Guide raved about these discs, “rarely has a group found such meaning and vision.” Their debut CD, on Centaur records, features the first four quartets of Hugo Kauder, a refugee from Nazi-occupied Austria who fled to the United States in the 1940s. He defied the atonal trend of his generation with his uniquely harmonic, contrapuntal style.