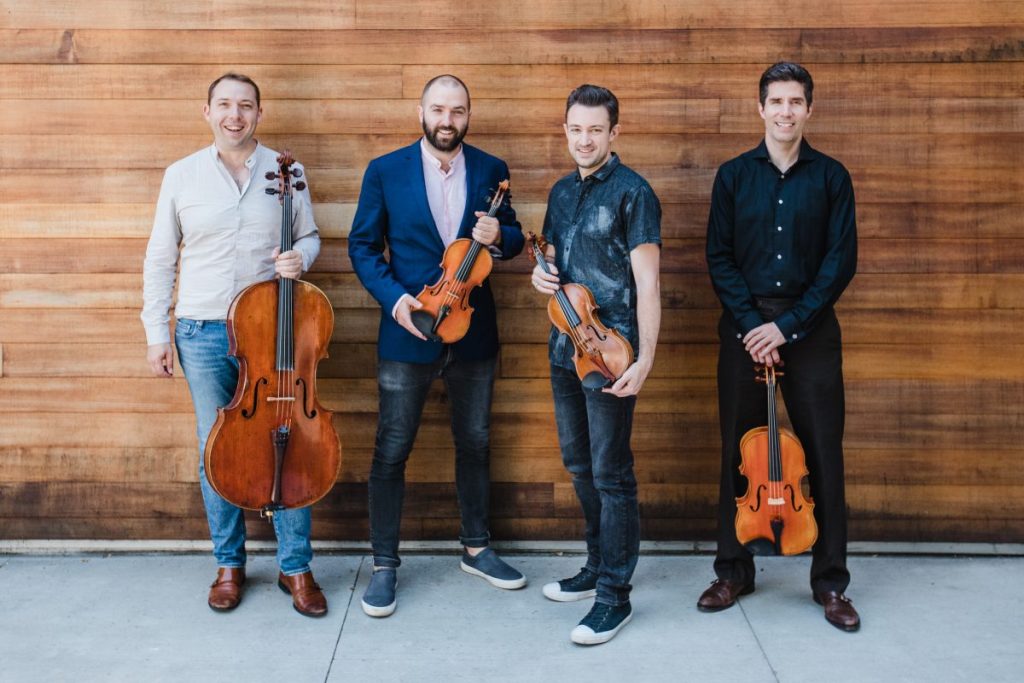 The Williams College Department of Music presents Escher Quartet. This event is free and open to the public.

The Escher String Quartet has received acclaim for its profound musical insight and rare tonal beauty. A former BBC New Generation Artist and recipient of the Avery Fisher Career Grant, the quartet has performed at the BBC Proms at Cadogan Hall and is a regular guest at Wigmore Hall. In its home town of New York, the ensemble serves as season artists of the Chamber Music Society of Lincoln Center.

Detroit. Internationally, the quartet returns to Wigmore Hall in London and the Sociedad Filarmonica de Bilbao.

Recordings of the complete Mendelssohn quartets and beloved romantic quartets of Dvorak, Borodin and Tchaikovsky were released on the BIS label in 2015-18 and received with the highest critical acclaim, with comments such as “…eloquent, full-blooded playing… The four players offer a beautiful blend of individuality and accord” (BBC Music Magazine). In 2019, DANCE, an album of quintet’s with Grammy award winning guitarist Jason Vieaux, was enthusiastically received. The Escher’s most recent recording, the complete quartet of Charles Ives and Samuel Barber, was met with equal excitement, including “A fascinating snapshot of American quartets, with a recording that is brilliantly detailed, this is a first-rate release all around” (Strad Magazine). The quartet has also recorded the complete Zemlinsky String Quartets in two volumes, released on the Naxos label in 2013 and 2014.

Within months of its inception in 2005, the ensemble came to the attention of key musical figures worldwide. Championed by the Emerson Quartet, the Escher Quartet was invited by both Pinchas Zukerman and Itzhak Perlman to be Quartet in Residence at each artist’s summer festival: the Young Artists Program at Canada’s National Arts Centre; and the Perlman Chamber Music Program on Shelter Island, NY.

The Escher Quartet takes its name from the Dutch graphic artist M.C. Escher, inspired by Escher’s method of interplay between individual components working together to form a whole.