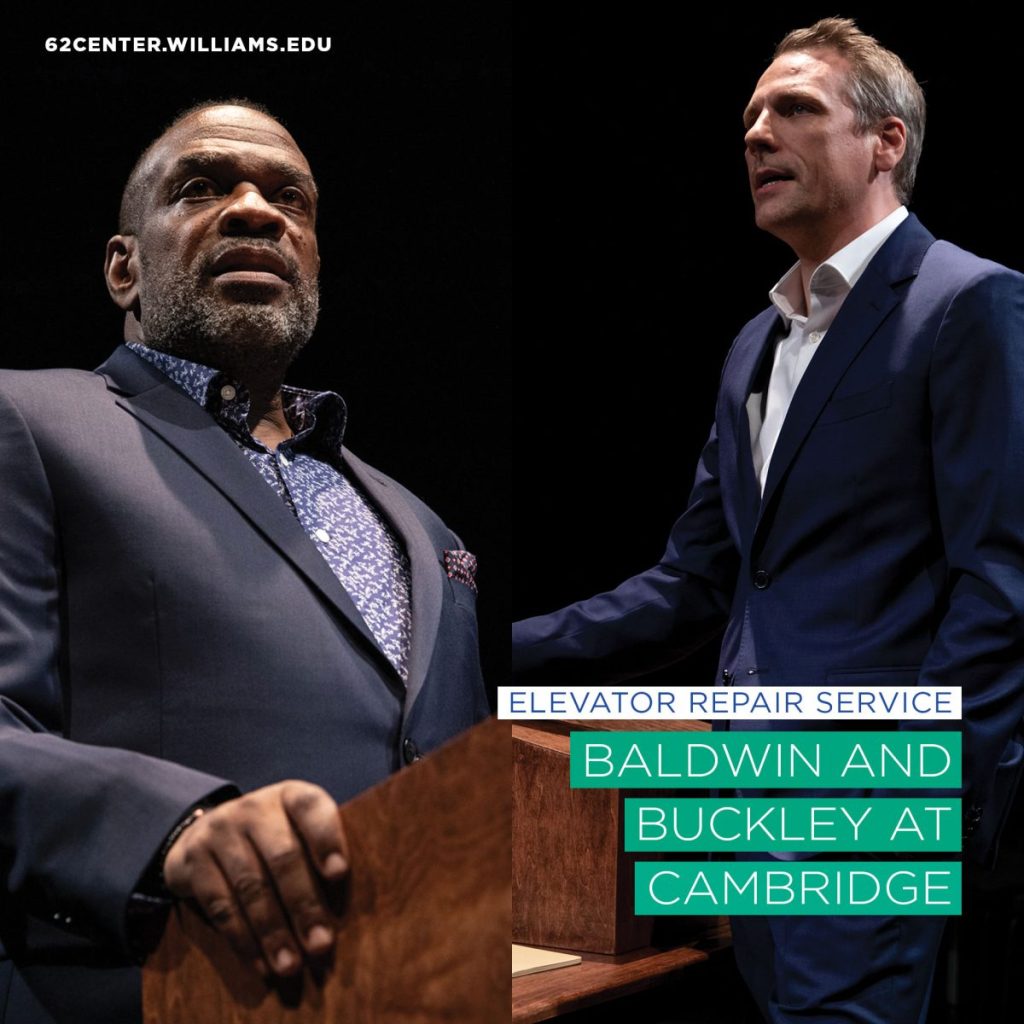 This performance is open to the general public. Members of the public are required to show proof of full vaccination including a booster, if eligible. Williams students, faculty, and staff only need to show Williams IDs at the door. All patrons are required to wear a mask.

In 1965, James Baldwin and William F. Buckley, Jr. were invited to the Cambridge University Union to debate the resolution “The American Dream is at the Expense of The American Negro.” What resulted was an incendiary and revealing confrontation between one of the most influential figures of the Civil Rights Movement and the father of modern American conservatism. The highly-acclaimed experimental theater company Elevator Repair Service continues its rich tradition of adapting unconventional texts (Gatz, Arguendo, The Sound and the Fury), and stages the historic debate verbatim. In our contemporary moment, Baldwin and Buckley at Cambridge invites reckoning with the timeliness of Baldwin’s arguments and the power of debate to illuminate truth and point towards justice.

Additional resource material on this production, including a conversation with cast, can be found here.

Conceived by Greig Sargeant with Elevator Repair Service.
Directed by John Collins.
The ’62 Center does not typically offer advisories about subject matter, as sensitivities vary from person to person, but for information about any show, we encourage you to contact the House Manager or Randal Fippinger. We will be happy to provide detailed information concerning the content.

The CenterSeries performances are made possible by the W. Ford Schumann ’50 Endowment for the Arts and the Lipp Family Fund for Performing Artists.