Due North: Living, Researching, Writing the Russian North Pacific in an Era of Climate Crisis 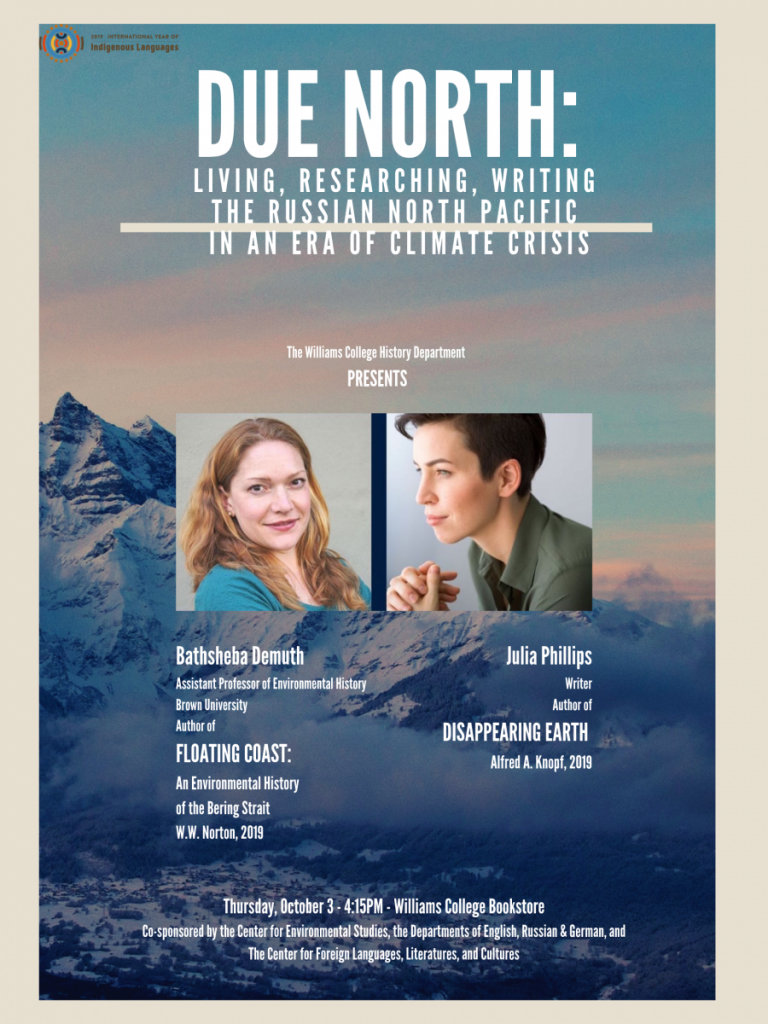 The Kamchatka Peninsula, along the Western side of the Bering Strait, is home to an ecosystem that has long sustained human beings. Yet for the past two centuries, the area became the site of an experiment where the modern ideologies of production and consumption, capitalism and communism, were and continue to be subject to the pressures of Arctic scarcity and Indigenous culture. Bathsheba Demuth, Assistant Professor of Environmental History at Brown University and author of Floating Coast: An Environmental History of the Bering Strait (W.W. Norton 2019), and Julia Phillips, writer and author of the bestselling and critically acclaimed novel Disappearing Earth (Alfred A. Knopf 2019) will join Yana Skorobogatov, Assistant Professor of Russian and Soviet History at Williams College, for a conversation about the place of the Russian North Pacific in the modern world. Together, Demuth and Phillips will discuss the act of writing, researching, and living in the Russian North Pacific, an enormously ethnically and biologically diverse yet imperiled region both remote and vital to our planet’s ecological health, a site of dramatic encounter between humans, non-humans, and the natural environment both past and present.