Documentary film screening Reason: The War Between Faith and Rationality 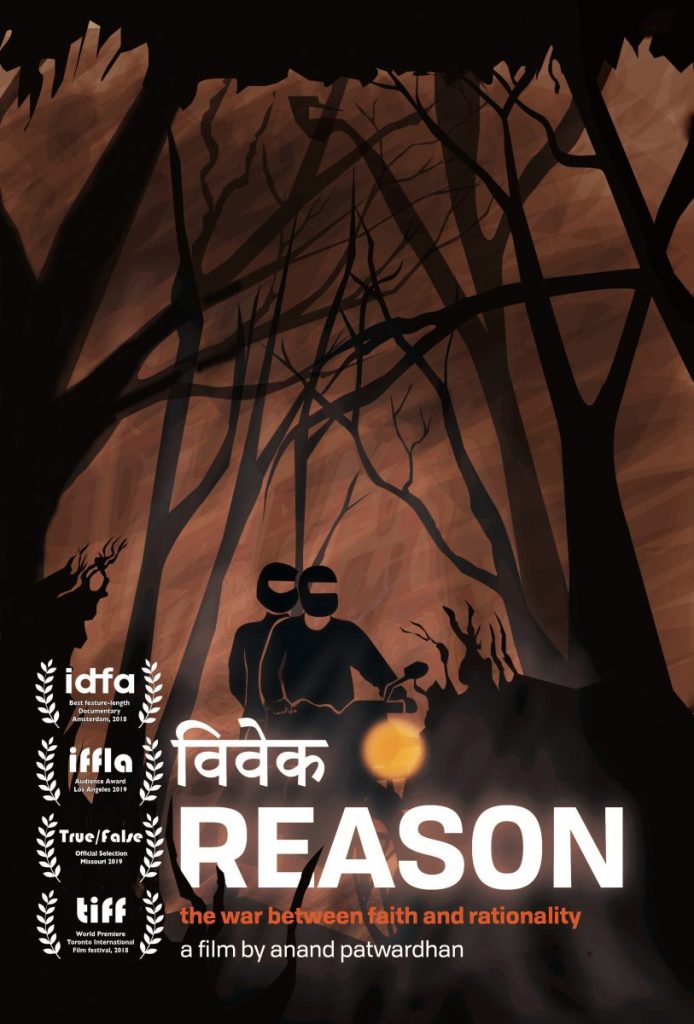 Reason: The War Between Faith and Rationality (2018)

A film by Anand Patwardhan

Award-winning filmmaker from India, Anand Patwardhan, will screen his new film, Reason, at Images Cinema on October 27th, 2.00pm. The screening will be followed by a talkback with the filmmaker and Professor Jeff Israel and Professor Aparna Kapadia.

Those who witnessed the scientific spirit fostered by the Enlightenment would scarcely believe that over 400 years later, Faith would still have an upper hand over Reason.

Everywhere privatization and a rush to corner ever-depleting natural resources has catapulted corporates and their extreme right wing storm-troopers into power.

With the collapse of egalitarian values, democracy itself is under siege. That we, the temporarily comfortable, rarely notice, is because an embedded media controls both information and entertainment. We see what they want us to see and quickly tire of seeing anything that matters.

Reason takes us to a macrocosm – India, the world’s largest democracy. Its eight chapters are a chilling account of how murder and mind control are being applied to systematically dismantle secular democracy in a country which once aspired not just to Liberty, Egalite and Fraternity, but to lead the post-war world out of its mindless spiral of violence and greed.

And yet the battle for Reason is not lost. Even as Brahminism (a priest ordained caste hierarchy that withheld knowledge from the working castes) drapes itself in the national flag and sends out its hit squads, resistance has not ended.  For every brave rationalist gunned down or driven to suicide, many more take up the mantle.

Reason is then both a warning and a promise.

Anand Patwardhan is one of India’s most respected documentary filmmakers, known for his socio-political, human rights-oriented films. Many of his films were at one time or another banned by state television channels in India and became the subject of litigation by Anand who successfully challenged the censorship rulings in court. Anand Patwardhan’s credits include Waves of Revolution (1971), Ram Ke Naam (1992), Father, Son, and Holy War (1995) and Jai Bhim Comrade (2012), all of which have won several national and international awards.

Sponsored by the Departments of History, Religion, Art History and Studio Art, the Asian Studies Program, the Center for Foreign Languages, Literatures, and Cultures, the Lecture Committee, and the Oakley Center for Humanities and Social Sciences.