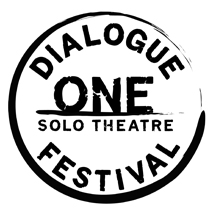 Motto: There are no monologues. You are involved in dialogue at least with the Universe itself.
– Omar Sangare

Williamstheatre proudly announces the third annual Dialogue One Solo Theatre Festival, supervised this year by David Eppel. Dialogue One is an international theatre festival with the primary aim to establish a platform for Williams students and professional artists to share their theatrical works with a broad range of audiences. “We believe that a global range of artists will inspire the artistic dialog among students, professionals, and audiences,” says Artistic Director Omar Sangare, who founded the Festival two years ago.It is an occasion to share diverse perspectives that span cultural, perceptional, linguistic, professional or personal similarities and differences between people.

The 2009 Festival brings new artists and new set of challenges for the 9 students performing. The visiting artists will be Jonah Bokaer and Omar Sangare. Jonah Bokaer is an award-winning choreographer and media artist who is dedicated to expanding the possibilities for live performance through choreography, digital media, cross-disciplinary collaborations, and social enterprise. He will be performing Three Cases of Amnesia which consists of three technology-influenced solo dance and media works (False Start, Charade, and Nudedescendance) choreographed and performed by Jonah Bokaer through the use of digital choreographic software and 3D animation.

Bokaer has won a number of been honored with many awards including Human Rights Award, a fellowship from the Foundation for Contemporary Arts, the inaugural Gallery Installation Fellowship from Dance Theater Workshop, a national Dance Access Scholarships from Dance/USA, with funds from the Andrew W. Mellon Foundation, and the Alumni Achievement Award from North Carolina School of the Arts, amongst many others. Most recently he has recently accepted the Special Citation at the New York Dance & Performance/BESSIE Awards.

This season’s Solo Performance course is being taught by Professor David Eppel. He will direct 9 students in monologues prepared especially for this festival. The students have invented imaginary characters and have created lives and histories for them. They each have stories to tell.

Williamstheatre is the producing arm of Williams College Department of Theatre. The Department of Theatre combines artistic practice with scholarly inquiry, inspiring students to engage simultaneously in craft and context, creativity and critical thinking. Believing that students learn by doing, it strives to create situations where the unique talents of each can coexist with mentorship and expert artistic guidance.

Continuing its mission to contextualize arts within scholarly inquiry, the Center presents an impressive body of work that sets student work side-by-side with professional artists. This season will challenge tradition forms, engage with the larger political dialogue, and allow students to explore diverse modes of expression. Not content to merely present popular work, the professional performances, workshops, and students productions are designed to invite the entire academic community to engage, debate, and celebrate the experience of both witnessing and creating live art.

For a complete calendar, ticket prices and additional information, please call (413) 597-2425 (Tuesday through Saturday 1:00pm to 5:00 pm and one hour before each performance) or visithttp://62center.stage.williams.edu/

The Berkshire Review for the Arts

The Berkshire Review for the Arts review