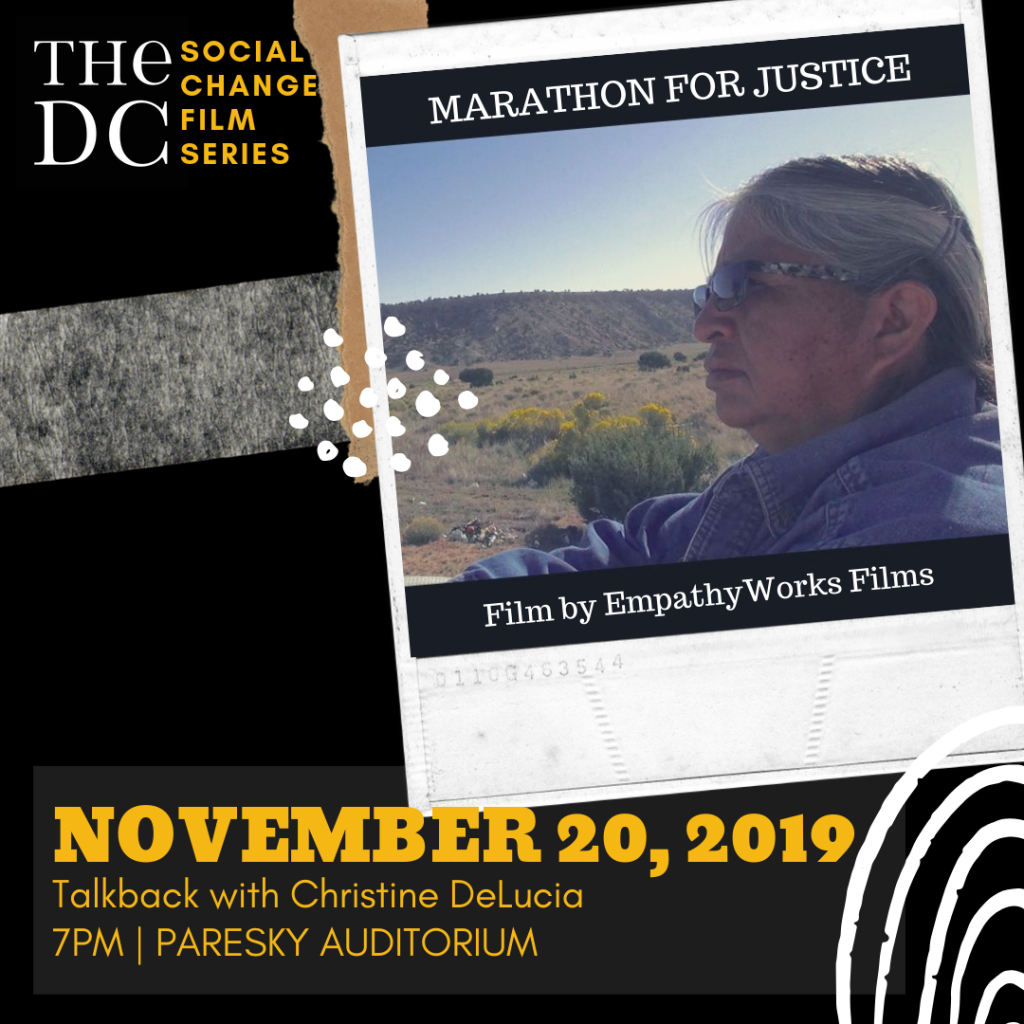 OUR NOVEMBER FILM: Marathon for Justice

Marathon for Justice (44-minutes) tells the story of past and present environmental inequalities in the United States, and explores some of the ways in which people of color have been disproportionately exposed to toxic chemicals and poisonous releases in the air, on the land, and in the water. The film introduces us to communities around the country who have experienced the detrimental effects of pollution, contamination and the degradation of their lands, and shows how these citizens are mobilizing in the long race for justice.

​We witness a protest against a refinery in Philadelphia and hear the story of Teresa Hill, an African American woman who, along with her children, has been suffering from asthma while living near a refinery for many years. During the film we return to Teresa to hear her voice and reasons for standing up in the fight against air pollution. Dr. Robert Bullard, Distinguished Professor of Urban Planning and Environmental Policy in the Barbara Jordan-Mickey Leland School of Public Affairs at Texas Southern University, who is also known as  the “father of environmental justice,” contextualizes what we see throughout the documentary as he draws on years of research to help enlighten us.

The film takes us to Thoreau, New Mexico, where we learn about some of the consequences of past uranium mining on Najavo lands and meet Darlene Arviso, the Navajo “water lady” who has been delivering drinking water for the past eight years to 250 homes on the Eastern Navajo Reservation. Eric Jantz, an attorney from the New Mexico Environmental Law Center, provides some insight into resource extraction on Native lands and as the film unfolds, he addresses issues relating to water, human rights, Native land loss and erosion of tribal sovereignty. We then travel to South Dakota where we meet Representative Shawn Bordeaux who explains why certain lands are considered sacred by indigenous peoples, and we hear from the National Park Service’s Tribal Relations & Indian Affairs Manager, Reed Robinson, who also reflects on the sacredness of Native lands. Oglala Lakota journalist Tim Giago provides some historical background regarding failed treaties between Native Americans and the United States government as the film shifts to more current events that have taken place in North Dakota at Standing Rock.

Ultimately, Marathon for Justice connects the dots from environmental inequality to broken treaties and exploitation of lands to the current and future environmental crisis facing all people who breathe air, drink water and wish to live in a more sustainable world.