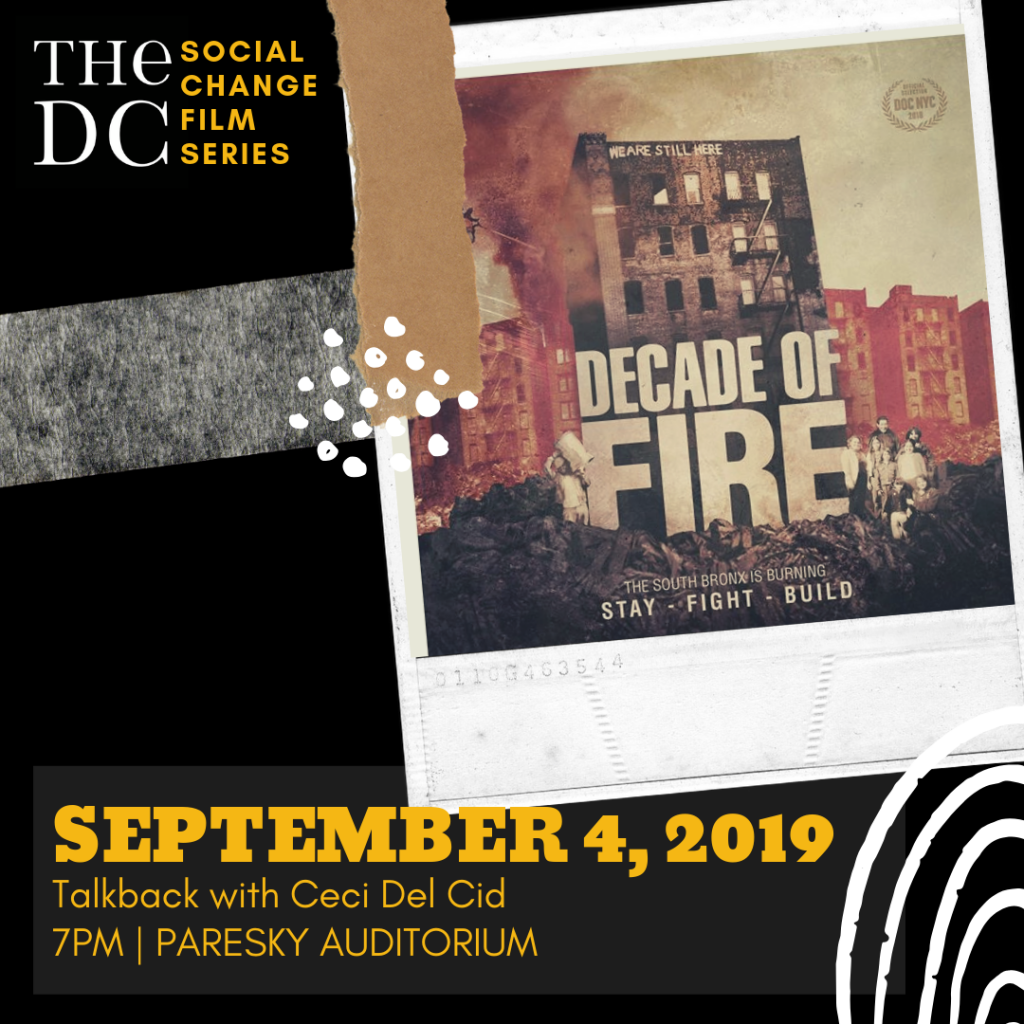 OUR SEPTEMBER FILM: A Decade of Fire
Throughout the 1970’s, fires consumed the South Bronx. Black and Puerto Rican residents were blamed for the devastation even as they battled daily to save their neighborhoods. In DECADE OF FIRE, Bronx-born Vivian Vázquez Irizarry pursues the truth surrounding the fires – uncovering policies of racism and neglect that still shape our cities, and offering hope to communities on the brink today.

Through a rich seam of archival and home movie footage, DECADE OF FIRE confronts the racially-charged stereotypes that dehumanized residents of the South Bronx in the 1970’s, and rationalized their abandonment by city, state and federal governments. Vázquez Irizarry, in her role as the film’s central character and co-director seeks not only healing for her community, but to redeem them from the harmful mythology spread by the media that has continued largely unchallenged to this day. She tells the story of a people who held on, worked to save their community and start anew against impossible odds. The accounts she gathers are supported by extensive research, archival footage, print and broadcast news excerpts, testimonials from retired FDNY firefighters and brass, as well as Bronx historians.
Through exposing the history, and lifting up the stories of survivors whose deep commitment to their homes and communities saved the borough, DECADE OF FIRE offers the emergence of a new narrative for the South Bronx and places like it across the nation.
https://communications.williams.edu/news-releases/9_4_2019_socialchangefilm/
More Information
https://davis-center.williams.edu/programs/the-social-change-film-series/