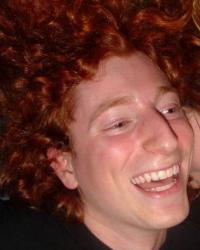 The Williams College Department of Music will present a Senior Recital featuring Daniel Rosensweig ’08, tenor on Monday, May 12, at 2 p.m. in Chapin Hall. This free event is open to the public.

Rosensweig will be singing Ravel’s Trois Chansons, Walton’s Daphne, Fauré’s Aprés un Rêve and Clair de lune, and Barber’s Hermit Songs. He will be accompanied by Brian Simalchik ’10 on the piano.

Daniel Rosensweig has been formally studying voice for 7 years. He began his musical education with piano, 16 years ago, studying classically through early high school and jazz piano for several years after, and studying both at different times at Williams. He joined his first choir 14 years ago and has sung with various vocal ensembles ever since, with three or more at a time for all but a semester of the last 10 years, including three times in the Massachusetts all-state choir. He has been vocally trained most in classical voice, but also in jazz and broadway styles, which he also loves. At Williams, Daniel sings with the Concert and Chamber Choirs, directs the Elizabethans with Sarah Riskind, and dances with INISH and Dancing Folk. He is currently studying voice with Kerry Ryer-Parke and organ with Edwin Lawrence.