Dance Film Screening: Out From The Wings 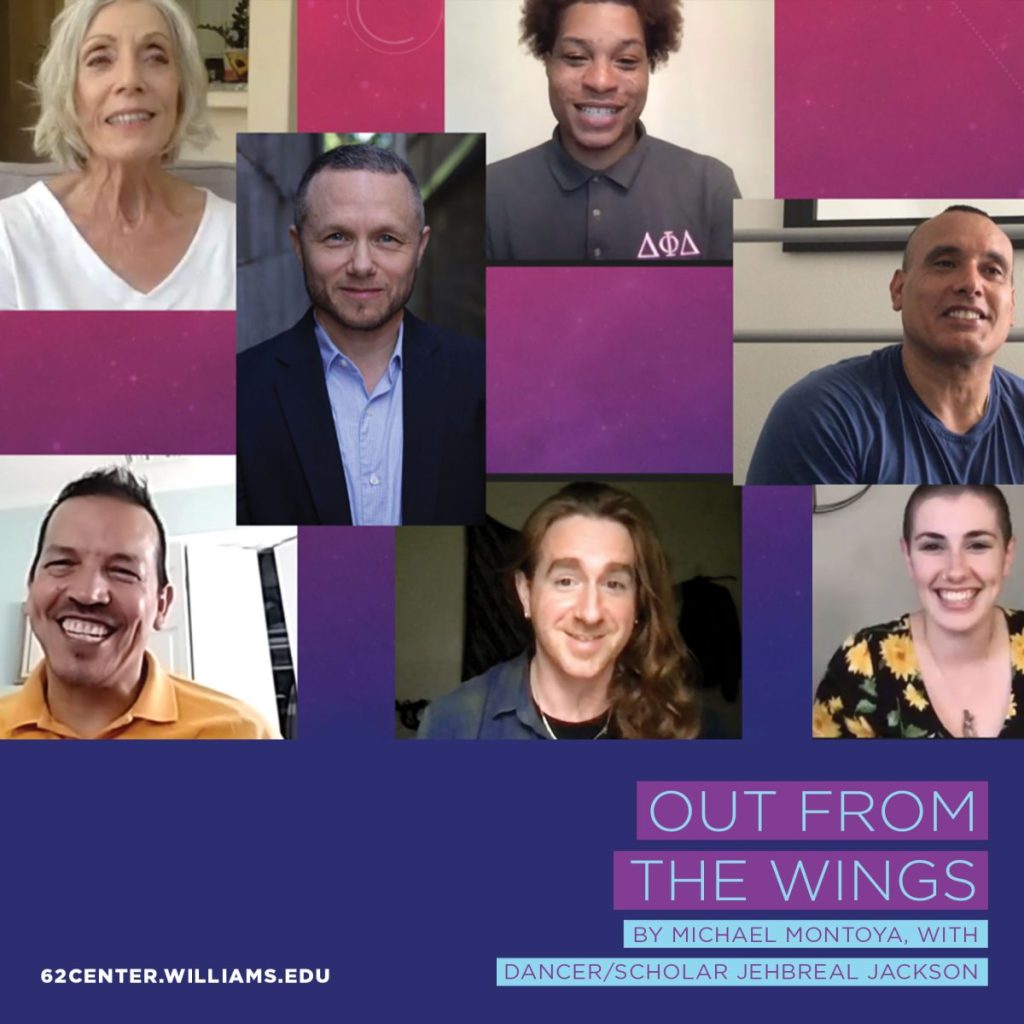 Dancer, choreographer and director Michael Montoya’s documentary film Out From the Wings addresses traditional gender roles in dance and their effects on LGBTQIA+ dancers. The film is currently screening at venues across the US and was chosen as an official selection of the 2022 Reel Affirmations LGBTQ film festival in Washington, DC. As a transgender dancer having performed in both traditionally male and female roles, Michael has been able to develop a teaching and choreographic style which draws upon his experience with a wide variety of theatrical, commercial, and vernacular dance techniques and encourages exploration into movement beyond masculine and feminine labels.

Jehbreal Muhammad Jackson is an artist and scholar who writes, choreographs, and directs story ballets for film. In his scholarship and artistic practice Jehbreal interrogates ballet’s history as he explores and derives inspiration from the intersections of art, science, and spirit in the cosmological compositions of William Shakespeare, the Moors of al-Andalus, and the Shabaka Stone of ancient Kush. Jehbreal danced with Dance Theater of Harlem before freelancing in New York and Europe; he received a BFA in dance from The Juilliard School, an MFA in dance from UC Irvine, and is currently pursuing a PhD in Theater at Columbia University.

For more information or to reserve a spot, email Janine Parker.