Daily Kos: The State of the Nation 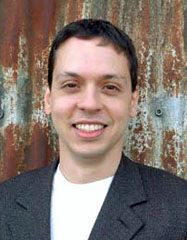 Daily Kos, the most-read political blog in the world, has struck a nerve with millions of Americans and revitalized political awareness in this country. In record numbers, previously disillusioned voters are once again engaged in and excited about the political process. Daily Kos has, quite literally, changed the rules of the game in American political life.

By mining the democratic potential of the internet and fusing it to a grassroots activism, Markos Moulitsas, the man behind Daily Kos, has single-handedly changed political discourse in America: Rather than the usual spin-doctoring, deceit and corruption put forth by politicians, he emphasizes the voice of the individual, and the power of that voice, when joined by others, to be heard and to usher in real change. America’s most provocative political website, Daily Kos attracts a staggering one million unique visitors a month and is one of the top five most linked blogs on the web.

Moulitsas’ brash, probing and accessible writing takes us behind the scenes of the modern political machine in a way few others have attempted. Tackling vital political topics by tracking key races, exposing corruption, and holding politicians accountable, he brings an unprecedented level of political awareness to the general public. And politicians are also listening: the site is regularly visited by congressmen, senators, governors, and other political luminaries, and many have pointed to the transformative effect Moulitsas and Daily Kos have had on the resurgent Democratic Party, especially their recent return to power in both the House and The Senate.

Born on September 11, 1971, in Chicago, Markos Moulitsas was raised in El Salvador, where he lived until 1980 when civil war forced his family back to America. At the age of 17, he enrolled in the US Army, serving as an artilleryman. Daily Kos (rhymes with “dose,” his army nickname) was launched in 2002. Moulitsas’ critically acclaimed book, Crashing The Gate, co-authored with Jerome Armstrong, which examines the movement toward a more authentic and populist democracy, was released to great acclaim in 2006.

Daily Kos: The State of the Nation

With a renewed sense of purpose, and using the latest technologies, a new generation of activists has emerged. They are revitalizing the democratic process and re-engaging in political advocacy. Markos Moulitsas’s live presentations are infused with the kinetic energy and political acumen of this movement, drawing listeners into a conversation about what democracy is, and how they can be a part of it. His unprecedented role as the online voice of liberal America gives his analysis depth, sophistication and clarity.

Even if they disagree with his political stance, listeners will still emerge with a greater understanding of the current state of American political life, and where it is going. With an unmatched passion, he talks about holding party and government officials to account and how to get out the vote. In person, audiences will see what makes Daily Kos the highest-trafficked blog in the world, and one of the finest examples, in our information age, of bringing the voice of the people to those in power.

His visit is sponsored by the W. Ford Schumann ’50 Program in Democratic Studies. Daily Kos is the Most-Read Political Blog in the world and January is the start of the primary season.