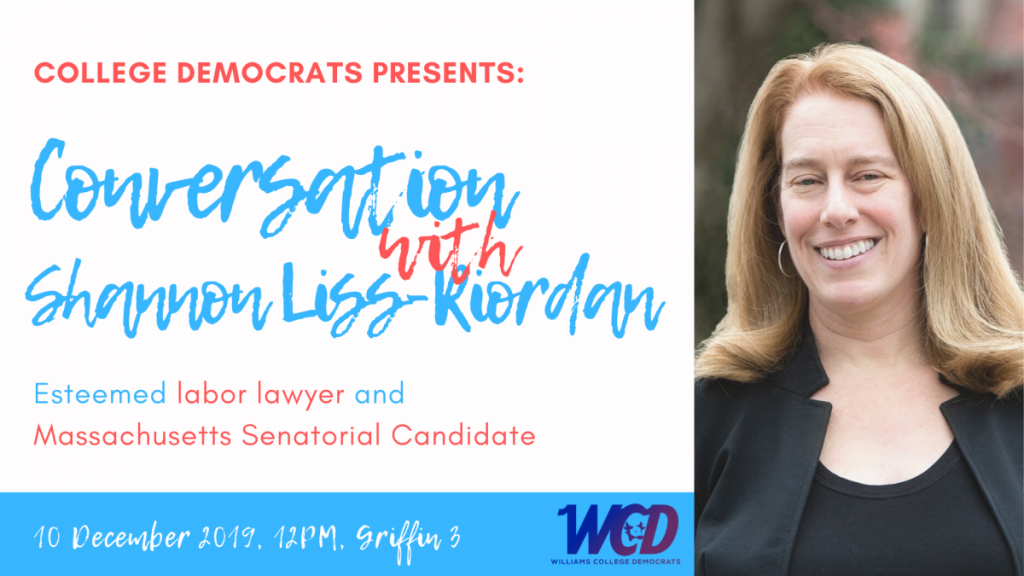 You are invited to partake in a conversation Shannon Liss-Riordan! She is running for the Senate race in MA against Ed Markey and Joe Kennedy. However, Liss-Riordan is also an accomplished labor attorney, winning huge class-action cases against companies such as Uber, FedEx, and Starbucks. College Dems doesn’t endorse her campaign against Ed Markey, nor do we endorse anyone in the election, we are just interested in her professional career, motivations for running, and the change she hopes to bring to MA/country. The event is on Tuesday December 10, in Griffin 3, at 12pm. We hope you can make it!