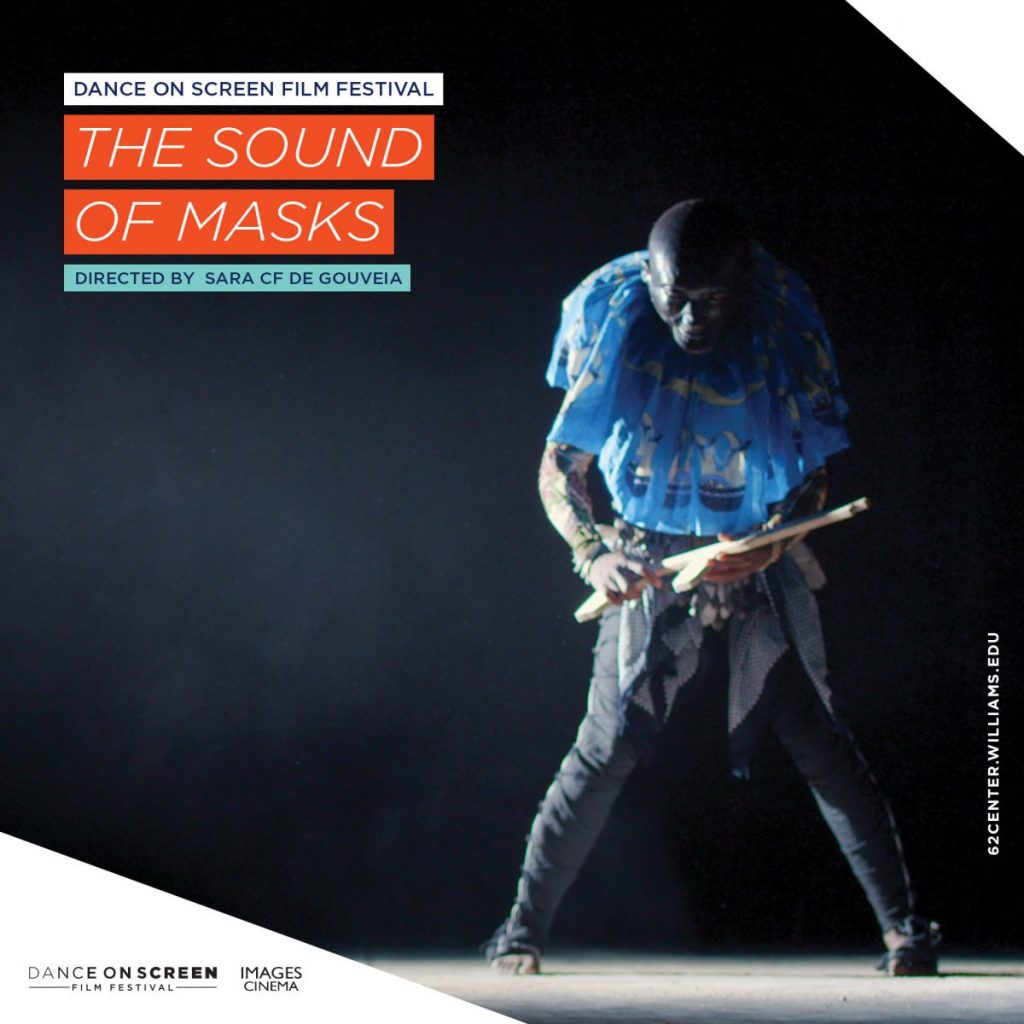 Please join us for a post-screening conversation with director Sara CF de Gouveia. You can join the Zoom conversation if you are not watching the 12:45 PM or any of the previous screenings.  Check back here for the soon link! Here is The Sound of Masks trailer.

Mapiko is a traditional masked dance performed by the male members of the Makonde community in northern Mozambique. During the Mozambican War of Independence in the 1960s, this dance became a tool to challenge colonization. Beautifully shot documentation of the dance form is placed into conversation with powerful archival footage; we see the history of Mozambique’s colonial past, independence struggle and civil war in a dynamic interplay with a history of dance. Following Atanásio Nyusi, leading practitioner of Mapiko, Sound of Masks offers an in-depth look at the integral role of dance and art in the continued fight to decolonize Mozambique and restore national identity. 70 min.